An Intel CPU micro-architecture patent was seemingly granted recently and the design of it is eerily similar to AMD's Zen layout, the one that AMD presented in the Hot Chips 28 event back in 2016, right before it was finally launched.

The patent filed under the ID "US 11,294,809 B2", was discovered and the similarity was soon spotted by Twitter user Underfox, who loves to go patent digging around. Although the patent doesn't clearly state so, the leaker believes it is that of Intel's Ocean Cove architecture, a CPU design that Intel started hiring for back in 2018, and is meant to succeed the current Golden Cove design found in 12th gen Alder Lake CPUs.

Underfox says that they have been following the development of Ocean Cove since its beginning in 2018 and was quite shocked to see the patent being granted as it. 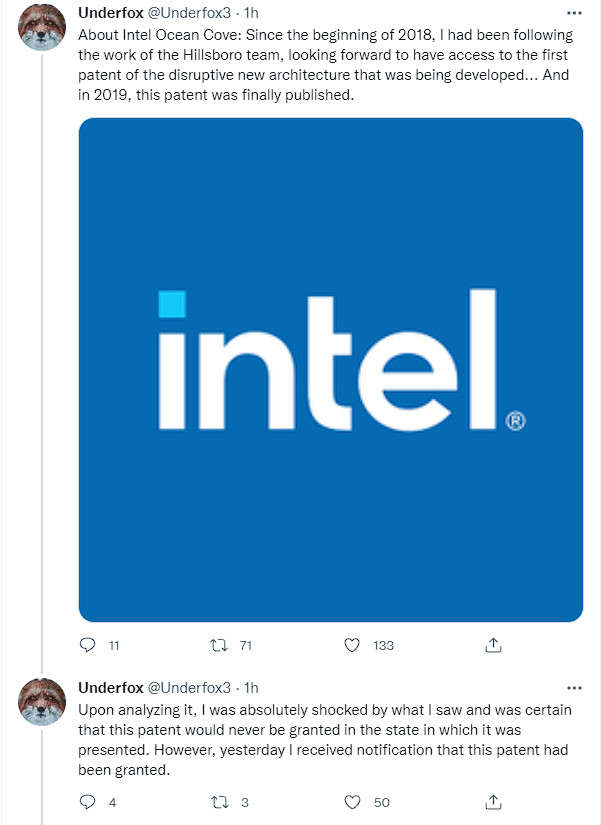 And to say that Underfox is exaggerating would be quite a stretch here as the processor architecture layout does indeed look too similar, at least from the images.

We have combined the images so you can view them easily side by side. Below you can find:

You can find the full patent on Free Patents Online here.

Update: An Intel spokesperson has provided the following statement regarding this matter:

When filing a patent application, citation to existing and relevant technologies in the industry is a common practice. U.S. Pat. No. 11,294,809 discloses Intel innovations in the context of alternative implementations and does not attempt to copy or patent inventions of any other company. Intel respects the intellectual property rights of all parties.

Hence, Intel has essentially clarified that those images of Zen design were only citations used for demonstrative purposes only, and not the basis on which the patent exists.