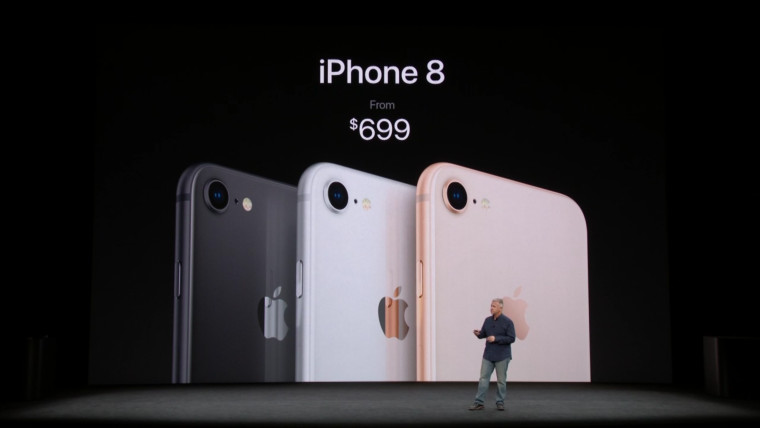 The new Apple iPhone 8 handsets are facing stiff competition from the units they were supposed to replace, according to an analyst looking at retail surveys. Apparently, users are also waiting for the release of the more expensive iPhone X on November 3.

According to a report to clients from KeyBanc Capital Markets, analyst John Vinh said that the iPhone 7 is outselling the iPhone 8 because the newer phone does not have as many advancements as its predecessor, based on comments from numerous retail outlets. Given that mindset, it is obvious that the discounted price of $549 for an iPhone 7 is more attractive than the $699 for a new iPhone 8.

Vinh also cited the upcoming release of the new high-end iPhone X as a factor as well. "Feedback from stores indicate customers are waiting to purchase the iPhone X or to compare the iPhone X before buying the iPhone 8," he said. The iPhone X has definite improvements over the iPhone 8, while also carrying a heftier base price tag of $999.

A lack of promotion by cellular providers for the new handsets could also be an issue. "While carriers continue to offer promotions for the new iPhone 8, they have been much more modest compared to the iPhone 7 launch last year," Vinh said.

It remains to be seen just how well the iPhone X will sell when pre-orders start on October 27, but if Vinh's commentary on the retail surveys is accurate, Apple could be facing an uphill battle in the adoption of the new iPhone 8 models over the next several months.