Apple has released the next iPhone OS 4.0 beta SDK to the public, beta 2.  After releasing the first beta only two weeks ago - on April 8, this version comes fixes some known issues and added APIs for developers.

Developers upgrading from Beta 1 to Beta 2 should be cautious, as iTunes 9.1 does not support folder syncing, and users will need to uninstall Apple Mobile Device Support & Apple Application Support, before continuing.  Developers should also know that Apple has blocked access to the MobileMe features, so users won’t be able to locate, lock, display messages or remote wipe data.

Aside from the upgrade issues, Apple has fixed a number of display, error, and configuration issues with beta2.  This beta adds better support for the Mail.app, greater multitasking time completion, media player adjustments, and some issues with display bugs. 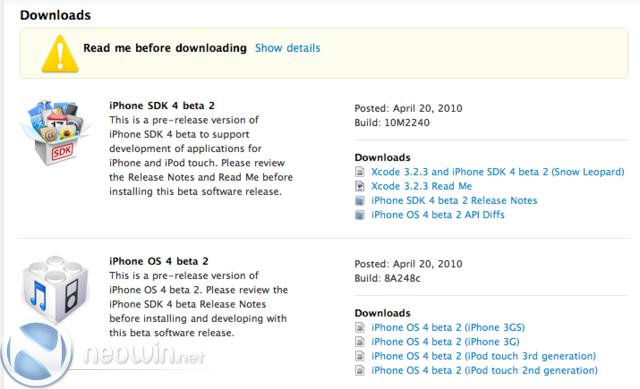