Since Rockstar launched GTA Online earlier this month, players have been overwhelmed with seemingly endless issues. Users have complained of problems with loading the game, freezing and performance issues and, in some cases, an ability to even connect to the game's servers.

Last week, the company released a major update to address these woes, followed by a further patch yesterday, and while gameplay isn't quite perfect yet, many of the issues have apparently been resolved. Rockstar is keenly aware of the frustrations of those who have been affected by the problems, though, and intends to give half a million dollars to each of those players. 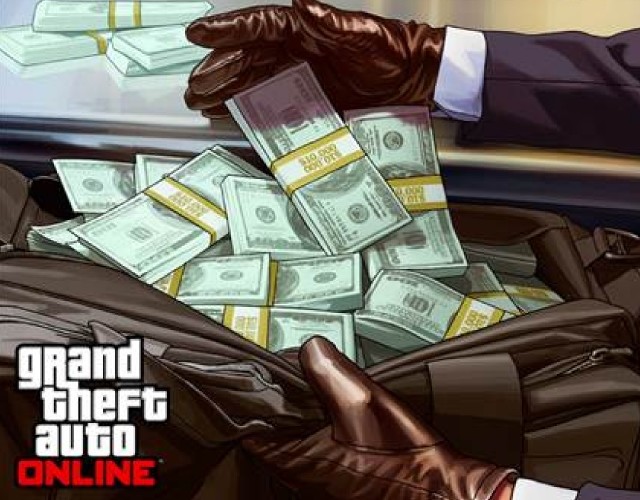 Alas, as you've probably worked out, that isn't real-world currency - damn it - but rather in-game money. But bear in mind that it would cost you $10 USD or £6.99 GBP in real, hard-earned money to purchase a Bull Shark Cash Card loaded with $500,000 to spend in and around Los Santos. While it's not quite the same as having a cool half-mil in your real wallet, a free gift worth ten bucks is still a welcome gesture from Rockstar.

You will need to have played GTA Online at some point this month in order to qualify for what the company is calling its "stimulus package", and you won't get it all at once. Rockstar says that it needs to "keep the in-game economy balanced", so the virtual funds will be transferred to players' accounts in two $250,000 deposits. Details of when payments are made will be shared on the Rockstar Newswire.

Gamers will also need to install a future update (1.04), which is due to land next week, and which is expected to resolve most, if not all, of the remaining performance issues and glitches with GTA Online.