OnePlus proudly tells its customers to 'never settle' for anything less than what it offers - but its customers have had to settle for Android Lollipop for far longer than they expected.

Google released the newer Android 6.0 Marshmallow eight months ago, and OnePlus said in November that it would make that update available to the 2 in the first quarter of 2016. We're nearing the end of the second quarter now, of course - but OnePlus has finally begun its rollout of the update. 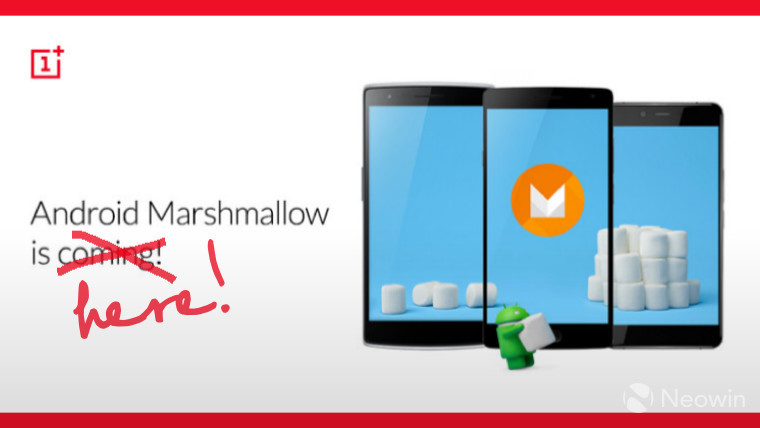 OxygenOS 3.0.2, based on the newest Android 6.0.1 release, is now making its way to the OnePlus 2. Remarkably, the company says its rollout should be complete within 48 hours of when it actually began yesterday morning, so despite the lengthy delay, it's clearly not wasting any more time getting it out to its customers.

Along with the improvements that Google packed into Android 6.0.1, OnePlus says the update will also include:

Be aware that the update "will clear your stored fingerprints", so you'll have to set up fingerprint authentication again from scratch if you've previously been using that method of unlocking your handset.

OnePlus will unveil the successor to its flagship phone next week in a virtual reality event. In a move that will no doubt be welcomed by many, the company recently announced that it has ditched its 'invite system' for purchasing its devices.