A year ago, almost to the day, KAZAM was launched. The startup devices brand was the brainchild of two former HTC executives: Michael Coombes, previously HTC’s head of sales; and James Atkins, its ex-Head of Marketing for the UK and Ireland.

At its launch, Atkins said that KAZAM was “about stunning design, robust hardware and intuitive technology, underpinned by outstanding customer service”, adding that the company planned to “disrupt the status quo”. Since then, the British company has released a range of Android smartphones, all priced well under £200 (roughly $340 USD). 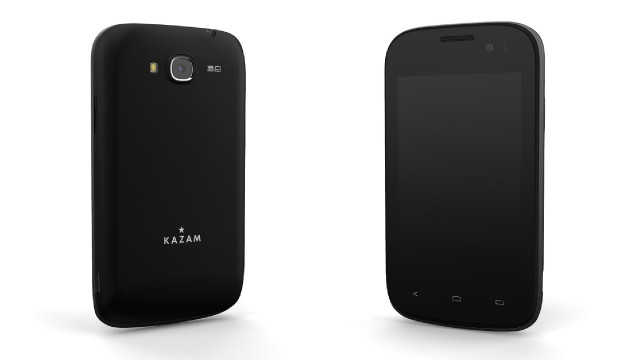 But KAZAM seems determined to drive prices down even further, and it seems to be succeeding. The firm has inked a deal to sell its Trooper X3.5 smartphone, pictured here, through UK retailer Phones 4u, priced at just £39.95 ($67) on pay-as-you-go.

For that price, of course, you can hardly expect flagship specs; the Trooper X3.5 offers a dual-core 1GHz processor, 3.5-inch touchscreen with HVGA (480x320px) resolution, 4GB of storage (plus microSD slot supporting cards up to 32GB), Bluetooth 3.0, Wi-Fi, FM radio, along with a 3.2MP rear camera with flash and a VGA front-facing cam.

The handset’s dimensions are 113.3 x 63 x 12.5mm, and it weighs in at 132.5 grams. You won’t get the latest Android release though – only version 4.2.2 Jelly Bean is currently on offer – but it does include full access to the Google Play store. The device is available in black, blue and white, according to KAZAM, but it appears that only the black version will be offered through Phones 4u, at least for now. 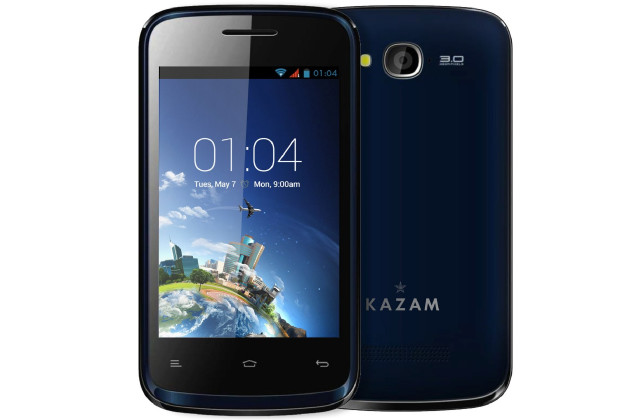 The handset includes dual-SIM support too – not bad for such an affordable smartphone – and also comes with a two-year manufacturer’s warranty. If you have any problems with your device, the KAZAM Rescue team can remote-access the handset (with your permission) to try to sort it out.

But perhaps the most impressive part of the package is that KAZAM is offering a completely free screen repair service. The company will fix your screen (albeit only once during your first twelve months of ownership) free of charge – that’s a pretty sweet offer that isn’t even matched by devices that cost 10-15 times more.

Source: KAZAM / Phones 4u via The Telegraph | images via KAZAM