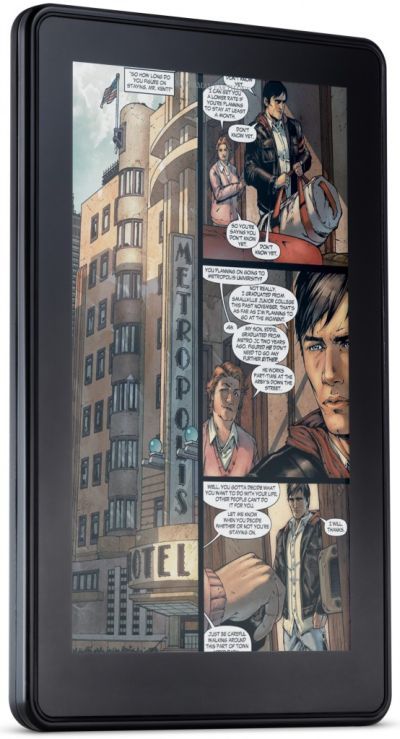 This month, DC Comics started releasing digital versions of its DC Universe-based comic books on the same day the print versions were put on sale in comic book stores. Today DC Comics announced a further expansion of its digital comic book plans and this time Amazon's Kindle Fire tablet is involved. The upcoming tablet, due to be released on November 15, will allow uses to purchase and download digital versions of 100 of DC Comics' graphic novel collections.

Many of these graphic novels will be available for the first time in digital form via this new agreement with Amazon. They include Watchmen, perhaps the single most acclaimed comic book of the past 25 years, from writer Alan Moore and artist Dave Gibbons. Another graphic novel making its digital debut is Superman: Earth One (shown above), a new version of Superman's origin written by J. Michael Straczynski and penciled by Shane Davis that was released in 2010.  Both Watchmen and Superman: Earth One are available to pre-order at Amazon's Kindle Store with both priced at $9.99 each.