It would appear that League of Legends, the popular MMO title from Riot Games, has been attacked again. While little information is currently available, it appears that the game has been hacked to offer 'free' Riot Points. Accepting these offers leads to the download of a keylogger to the user's computer, meaning that all keystrokes are recorded and sent to a third party. Currently, Riot Games do not seem to be acknowledging the incident, though users are growing vocal on the  about the problem, with some screencaptures having been taken and shared online.

A thread at the official forums for the game already exists, and is filled with users complaining about the issue (at the time of writing, the thread has eight pages). Three messages known to be circulating in the game involve the number of users who have fallen for the malicious link, a YouTube channel offering more services for exploiting the game, and a link to a free .tk domain. These events come only shortly after the hacking group known as LulzSec advertised their actions against the game as well, meaning that a vulnerability may have been potentially discovered and expoited repeatedly. It is advisable that users avoid any links, and if the situation worsens, the game entirely for a short period of time.

Different thoughts have been shared, as have possible explanations as to why the game has been attacked. These can be seen in the Neowin forum thread about the issue, which contains more images relating to the incident. It should go without saying, but it is highly recommended to avoid all links shown in the game from questionable sources. 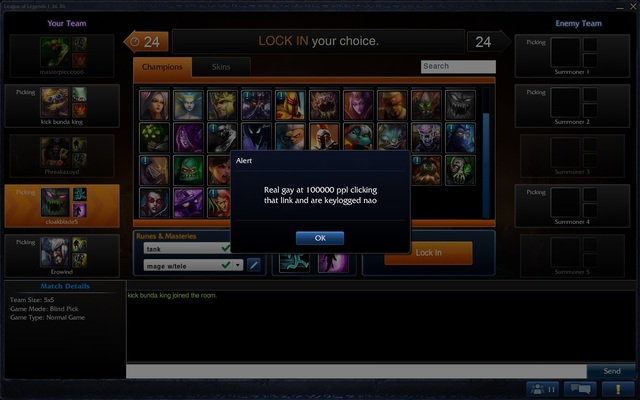 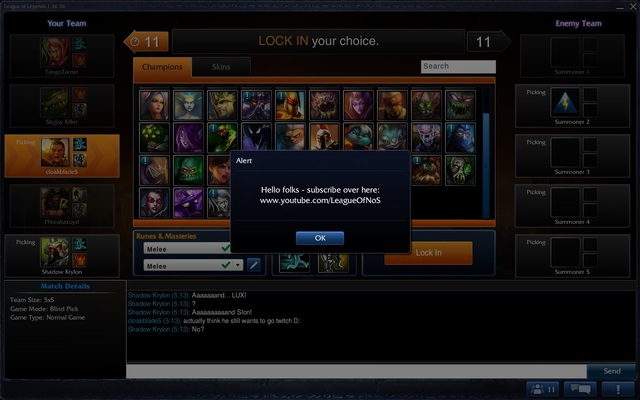 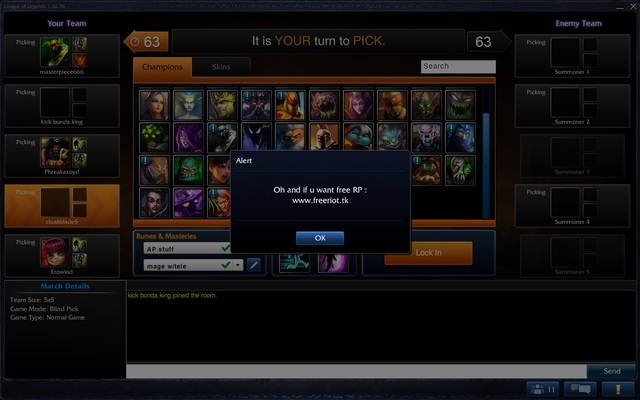