Let's Encrypt has now issued over 5 million certificates; it reached the goal on June 19. The Let's Encrypt project set out to help website owners more easily secure their sites with HTTPS, a protocol which allows users to connect to a site over a more secure connection, helping to mitigate man-in-the-middle (MITM) attacks. 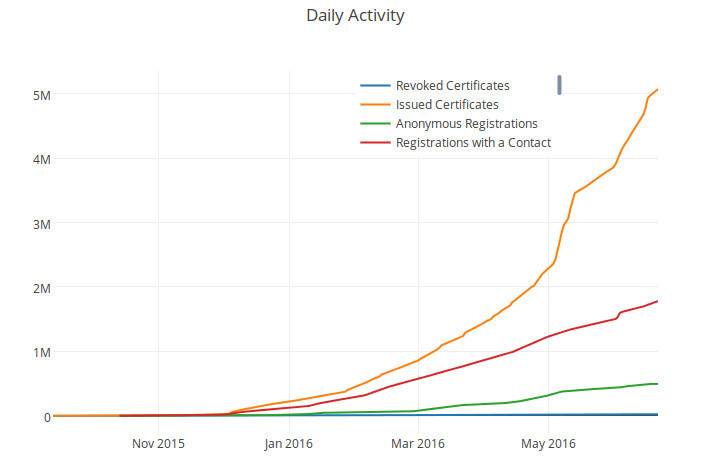 Their statistics on issued certificates by TLD (top-level domain) show that .com domains have pulled ahead as the most common domain type to use Let's Encrypt certificates. In the middle of May, .com domains were ahead of the 'other' category by just a few percentage points,, but now they have a 9% lead. 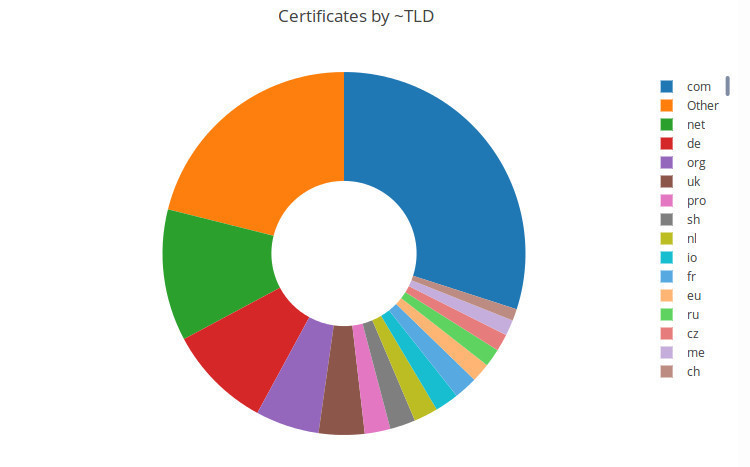 If Let's Encrypt carries on its current trajectory of around50,000 certificates issued per day, it should reach the next milestone, 10,000,000 issued certificates, sometime in September.