On the same day that Samsung unveiled its latest Android flagships, the Galaxy S7 and S7 edge, LG also announced its newest range-topper, the G5. But while Samsung quickly opened pre-orders around the world - and will begin shipping in many markets tomorrow - LG has been taking a more relaxed approach.

Two and a half weeks after its announcement, the LG G5 is now available to pre-order in the UK, although it won't actually begin shipping there for a few more weeks.

Amazon.co.uk is accepting pre-orders for the device in Titan Grey or Rose Gold, priced at £529 GBP (around $750 USD), stating that it is "due to be released on April 8, 2016". This lines up with earlier reports indicating that the G5 would be made available in other markets on the same day, which suggest that LG may be planning a simultaneous international launch. 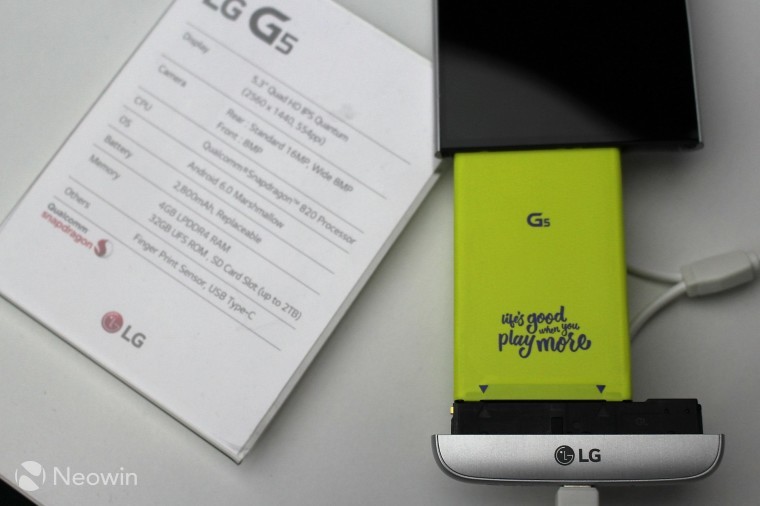 LG is aiming to differentiate its flagship offering from other high-end devices with an unusual 'modular' approach, allowing users to remove the 'chin' at the bottom of the handset to insert components into its 'Magic Slot', such as a camera add-on with additional battery, or an audio module co-developed with Bang & Olufsen.

You can find out more about the LG G5 in our hands-on first impressions from the handset's launch day, and our first 24 hours with the device.