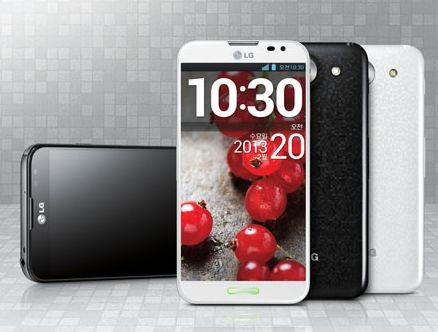 LG has published its financial results for the first quarter of this year and it seems they is on the up and up.

The Korean company announced they have sold 10.3 million smartphones in the January-March period. That points to substantial growth accounting for an increase of 110% compared to the first quarter of 2012. It’s also a 20% increase over the last quarter which is even more impressive considering we are comparing the holiday season to the start of the year, when most companies experience a slight decline in shipments.

The fact that the company has sold 10.3 million devices might not sound too impressive when you compare those numbers to its direct competitor, Samsung. However these numbers do show that LG has finally started to catch up to the bigger players in the Android space. The robust sales number are mainly due to LG’s flagship device, the Optimus G as well as the lower end L-series.

The company is also optimistic for this quarter as they expect another increase in sales thanks to the global roll-out of the new LG Optimus Pro phablet and the updated L-series devices.

If the company does manage such a feat, they may soon pose an actual threat to Samsung’s absolute dominance in the Android space.