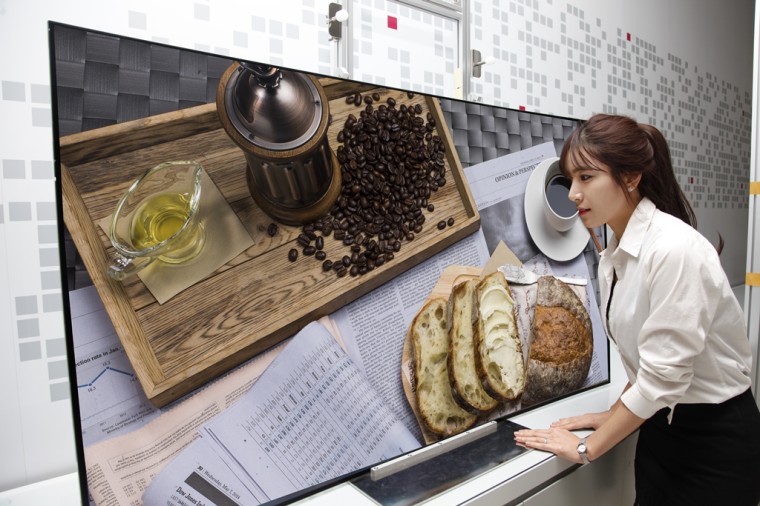 LG is very proud of its white OLED display technology, but with models like 55EC9300 costing $3500, it’s still beyond the reach of many people. The company is very optimistic however, and its recent announcement marks its continued commitment to making OLED TVs more affordable.

We learned that LG will bring even more OLED technology to CES, along with improved LCD panels. The company will be showcasing the world's first 55 inch curved OLED Ultra HD TV, along with 65 and 77 inch models.

LG will also show 55 and 65 inch 4k LCD TVs and 23 and 23.8 inch 1080p PC monitors, as part of the Art Slim series, claiming a 75% reduction in thickness when compared with conventional products. The company wants to make an impression with a 65 inch 4k panel for professional use, and a massive 95 incher that will have 16 times the sharpness of a Full HD display.

The South Korean giant will be talking about expanding the use of its energy saving technology for displays called M+ into other areas like mobile devices and notebooks, and a separate zone in the showroom will be dedicated to explaining the benefits of OLED technology to customers.

The company has not yet announced any prices, however CEO Sang-Beom Han said that “LG Display will further strengthen partnerships with customers to make 2015 the breakout year for OLED TVs.”