Most of us find ourselves spending just a little beyond our means when we buy new gadgets, but spending $129,000 on a TV is perhaps overdoing it. Nonetheless, Samsung has attached that price tag to its curved 105-inch ultra-wide Ultra HD TV, sadly putting it out of the reach of most TV watchers who may not even earn that kind of dough in a whole year. 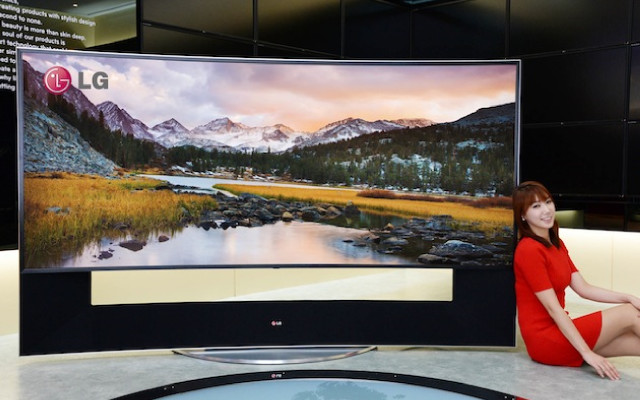 But if you can't quite afford such a vast amount of money for a TV, don't panic - LG has got you covered. It has also launched a curved 105-inch ultra-wide Ultra HD TV, but those of you on a budget will be delighted to hear that it's much cheaper than Samsung's ridiculously priced model.

LG's LCD TV costs just $117,000 and on top of that significant saving of $12,000 compared with the Samsung, you'll also get a large integrated speaker, which the Samsung lacks.

The LG's price is a direct currency version from the 120 million won it will cost in South Korea - but there is hope that it may be even cheaper in the US. Engadget reports that LG hinted at a price closer to $70,000 when it showed off the giant device at CES earlier this year, so when it goes on sale in the US it could well prove to be a good deal cheaper than the $117,000 it costs in Korea.

But if you're the kind of person that can realistically afford to spend this kind of money on a frickin' TV, let's face it - you can probably afford to buy both the Samsung and the LG without even blinking. And hey, if you need anyone to help you test them out, we'll be happy to bring the popcorn.