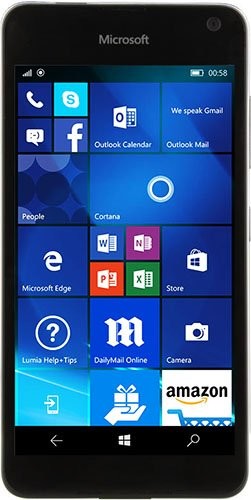 The Lumia 650 is said to be the last Lumia branded device Microsoft will release before handing over the division to the Surface group. We've already seen and heard a lot about the device in various leaks, but now @evleaks has got in on it by releasing - what he calls - a "press shot" for the device, which you can see on the right.

We saw something similar only a week ago along with its full specs, when the device became available on MobileFun.co.uk for preorder (page has since been taken down) at £199.

As a reminder of it's specs, (from MobileFun.co.uk) they are: