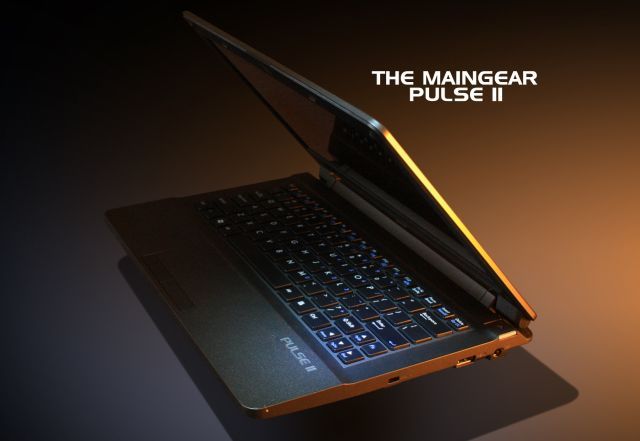 Several weeks ago, we reported that Maingear was going to launch a 11.6 inch notebook, the Pulse. It was the PC maker's way to fill in the gap for a small laptop but with higher end hardware specs that was left open when Alienware decided to discontinue the M11x. Now that Maingear notebook has officially launched, along with a slight name change to the Pulse 11.

The Pulse 11 has a speedy NVIDIA GeForce GT 650M graphics card inside with 2 GB of GDDR3 video memory. It can have either the i5 or i7 versions of Intel's third generation Core (Ivy Bridge) processors, up to a Core i7 3612QM.

There's also support for up to 16 GB of RAM and storage options that include up to a 480 GB SSD or a 750 GB 7200rpm SATA hybrid hard drive. Unlike the Alienware M11x, the Pulse 11 has a removable battery, just in case you want to pack an extra one for long trips; there's no word on how much the Pulse 11 weighs.

Pricing for the Maingear Pulse 11 starts at $999, although obviously if you want some of the higher end components inside the price will be much higher. It also comes with lifetime labor and phone support and Maingear's promise of "no bloatware" installed.