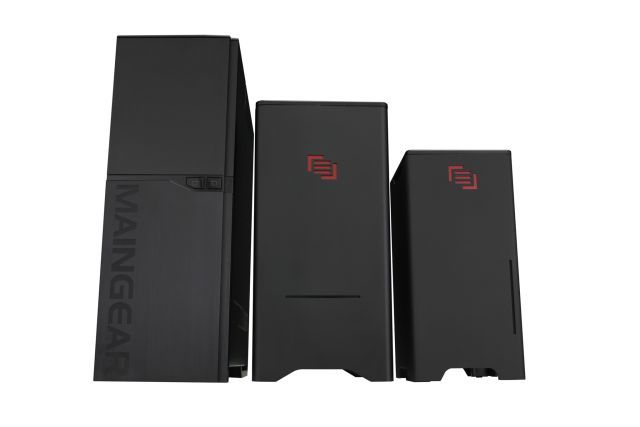 Several days ago, Maingear teased us with news of two upcoming desktop PC designs that were supposed to be much smaller than the company's well known Shift chassis. Today, Maingear officially unveiled those new PC desktop designs; a revamped version of its previous F131 case and an all new small form factor PC, the Potenza.

Both the new F131 and the Potenza have the vertical heat dissipation design that Maingear launched with the Shift, which allows cool air to be drawn down at the bottom while the hot air rises to the top. The new design of the mid-size F131 is 38 percent smaller than the previous version and includes features like a slot-loading optical drive. The starting price for the Maingear F131 is $1,049.

Maingear is calling its new Portenza desktop PC "the world’s first mini-ITX gaming solution designed for overclocking." It is 45 percent smaller than the new F131 and 76 percent smaller than the Shift. Even with its tiny dimensions, (15.6 inches tall, 7.4 inches wide and 9.25 inches deep), the chassis can handle large graphics cards such as the recently launched NVIDIA GeForce GTX 680. The starting price of the Maingear Potenza is $899.