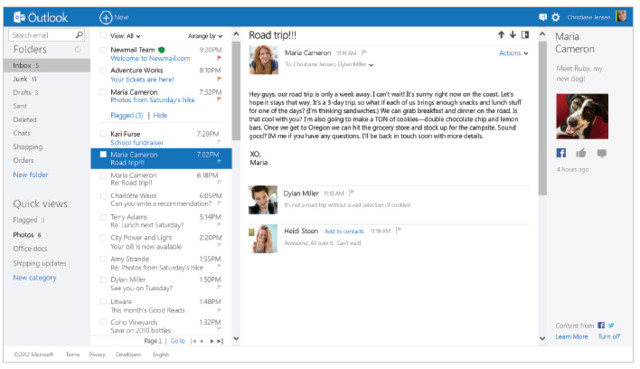 In October, we reported that many users of Microsoft's older Hotmail.com email service were not able to access their old emails when they switched their accounts to the company's new Outlook.com service. It's been over three months since our story first appeared but unfortunately many Hotmail users are still encountering the same problems.

While the original message thread we reported on was closed by Microsoft in October, a new message thread was launched later that same month, as many Hotmail users have continued to experience problems accessing old emails from their new Outlook.com account. The message thread continues to expand and has now gone over 25 pages.

An example of this issue is from user "Daveyc18' who first posted that his old Hotmail emails had been deleted on October 15th. On January 12th, he wrote on the forum thread, "Still no time frame on when old e-mails will be recovered? My situation: Locked out, renamed, eventually got access, but all old e-mails gone."

Microsoft's forum moderators have been posting messages on this thread promising to fix the problem but many users are clearly getting frustrated with the situation. One forum poster, "JaneMorgenstern" wrote on January 9th:

FOR CRYING OUT LOUD! We have provided hundreds of examples over the last SIX MONTHS!!! Take a look at the history on all of the threads concerning this problem and make a reference db. Get this FIXED Microsoft! Totally unacceptable service, an outrage for this to have gone on as long as it has.

We have emailed Microsoft to see if they have any comment on this continuing situation with their Hotmail/Outlook.com service.