There are times that reading a blog post from Microsoft that's meant for a specific technical or developer audience can be confusing to the layman. Today, Microsoft posted up a new entry on its Windows Phone app developer blog that gives app creators some tips on how to make their apps use battery power more efficiently.

The blog post gives an example of how an app with the simple switch of a background images can actually save energy. It shows two different backgrounds, one lighter and one darker but each with the same kind of design and art textures. 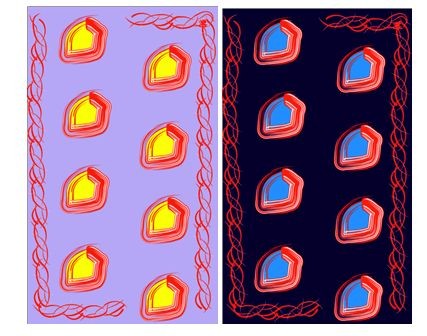 The lesson? Creating an app with a darker background will use less energy. That is, of course, a good thing.

The blog also goes over how apps that connect to different wireless signals use different amounts of energy. In general, cellular connections use more energy than WiFi connections. App developers can also optimize their software to better use the CPU in the phone's hardware; for example, using animated pictures for an app will use more power due to the CPU processing the animations.

Developers can use Microsoft's Power Monitoring tool that's included in the Windows Phone 8 SDK to check on how an app consumes battery power. Microsoft says, "This tool can allow you to estimate (based on power modeling with a standard 1500mAh battery) the battery charge consumed by your app's use of CPU, display, network, and other resources, allowing you to fix energy bugs easily."