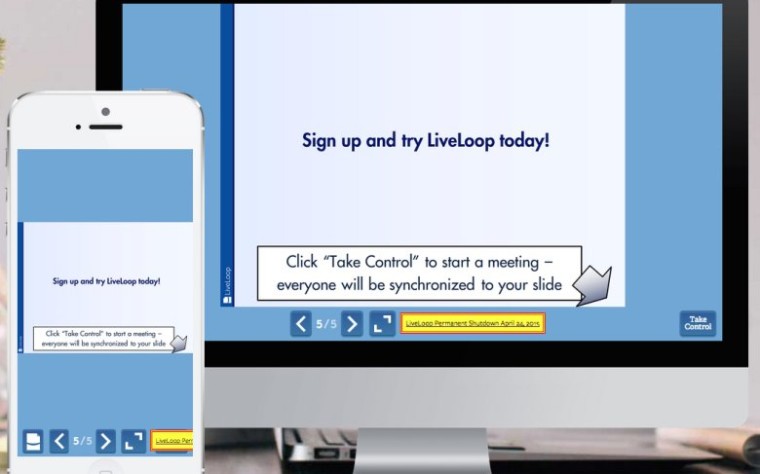 Microsoft has acquired the tiny start-up that is behind a web service called LiveLoop which enables users to share their PowerPoint presentations without having to download additional software.

LiveLoop works by converting PowerPoint presentations into Web URLs, which can then be viewed on any PC/Mac or mobile device without the need to install any software and can be edited in real time with everyone able to see changes straight away. It also forgoes the need for services such as GoToMeeting, join.me and WebEx.

A message on the LiveLoop website states that the service will be closing down on April 24th 2015, although it doesn’t go into any detail about the reasons why:

"LiveLoop will be shutting down permanently on April 24th, 2015. New user registration and presentation upload have been disabled.

"Existing LiveLoop users: if you have any data you would like to retrieve from LiveLoop, please do so before April 24th. On April 24th, all presentations and user data will be permanently deleted"

A Microsoft spokeswoman confirmed the deal but didn’t give any specifics on the terms:

“Microsoft is excited to welcome the talented team from LiveLoop to help build great collaboration across Office applications, as part of our strategy and vision to reinvent productivity.”

The acquisition of LiveLoop comes after a recent spate of purchases from Redmond after the email app start-up Accompli and the Android calendar application creator Sunrise.