Yesterday the Twitterverse blew up with the launch of a new live-streaming app developed for the social network, named Periscope. However, the app, which became instantly popular, is only available on iOS for now. At least officially, because Windows Phone users can get in on the fun thanks to a third party alternative. 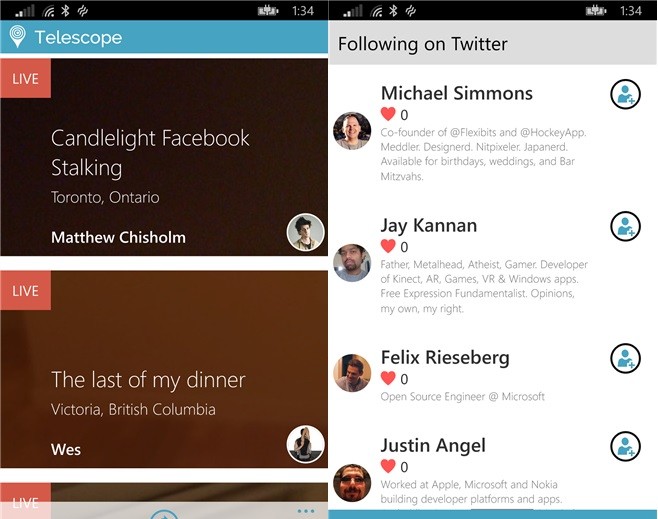 While the rest of the people on Twitter were discovering what the new app was about, and covering breaking news in the process, developer Daniel Gary set to work on launching a third party alternative on Microsoft’s mobile operating system.

And now Telescope has launched in the Windows Phone Store, and it offers some of the basic functionality of Twitter’s Periscope service. Users can log in with their Twitter accounts and watch other users' live streams.

Unfortunately users can't create a livestream just yet. Luckily, the developer is already working on bringing this feature to the app soon alongside user search, hearts and messages and other features. Telescope has also already received its first update, though this one is focused on bug fixes.

Despite Windows Phone users’ joy of actually receiving a service before Android users, it’s necessary to point out that this is third party work and not officially supported by Twitter. As such, the social network might decide to break compatibility, change APIs, block users and so on, so Telescope might have a very limited life-span.