Microsoft has announced that it is rolling out its Office 365 software subscription program to nine new markets this week, as the company continues to make its products as widely available as possible. The new additions bring the total number of markets in which Office 365 is now available to 140, growing from just 40 in 2011. 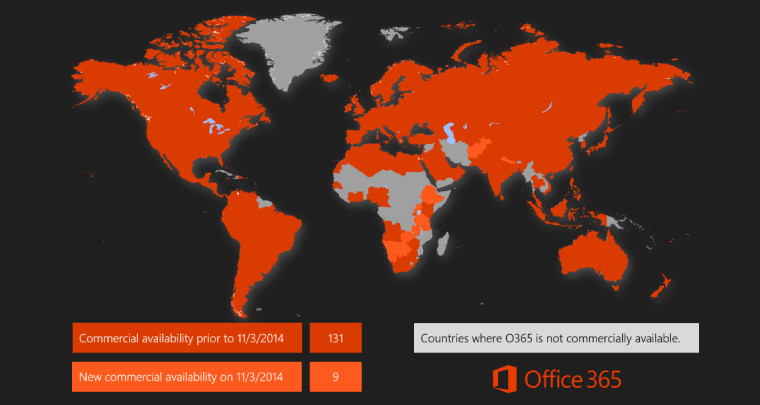 Office 365 is now available in the following parts of the world:

In addition, Office 365 is also now available for non-profits ("direct only") in Cyprus, Estonia, and Paraguay.

All Office 365 users around the world now get unlimited OneDrive online storage as part of their subscription, and customers who use OS X can now get the all-new version of Outlook for Mac, which was released last week.