As promised a few weeks ago, Microsoft is now rolling out its latest software update for the Xbox One, bringing with it a bunch of new features and improvements to the company's game console.

Microsoft has the details of what's included in the March update on its Xbox Wire site. The download will have a number of improvements for online multiplayer gamers, such as party chats between players turned on by default, a way to access the Xbox One friends list faster and separating which folks are chatting with Xbox One users versus the ones that are actually playing games. 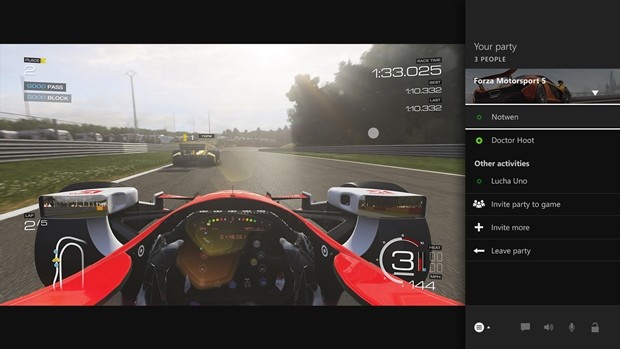 The update also adds 5.1 Dolby Digital sound via the console's optical out, support for the new Xbox One Stereo Headset and Media Remote, new features for Xbox One SmartGlass app owners, Internet Explorer improvements and more. Th e update is rolling out just a few days before the launch of "Titanfall", the long awaited first person shooter that's perhaps the biggest game release yet in the Xbox One's short history.

Microsoft also says that they still plan to put in external hard drive support in a future Xbox One update and the development team is also working to bring more improvements to the console's friends notification features.