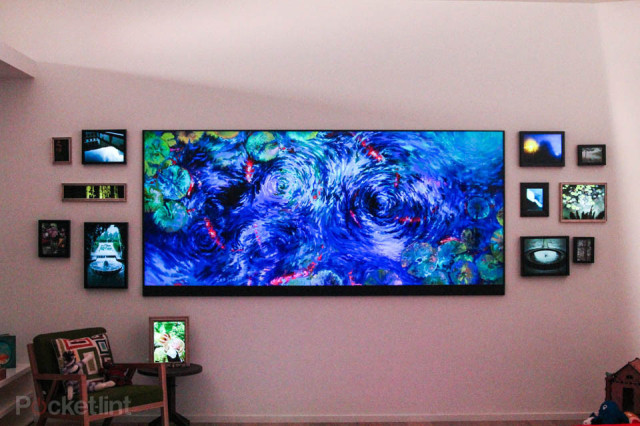 For Microsoft's brand new Envisioning Center at its Seattle headquarters, the company has made a massive, 120-inch 4K television to demo a Kinect-enabled storytelling experience. Microsoft believes that this sort of thing will become standard in the 10 years or so, and showed to Pocket-lint how this sort of display - and the smaller picture-frame displays around the edges - would be connected to a number of devices around a person's home.

Of course Microsoft doesn't normally make TVs and have no plans to start selling them, so this giant one-off panel was likely outsourced specially for the job, and the aspect ratio (which appears to be 21:9 or thereabouts) is not quite ideal for today's TV viewing or gaming consoles. However, Pocket-lint did describe the panel as "absolutely stunning" and "pin-sharp", while praising the display for being so crisp even when viewing it relatively close.

The guy in charge of this Envisioning Center, Anton Andrews, hopes to set up a movie night using this massive display, which we can categorically say would be awesome.