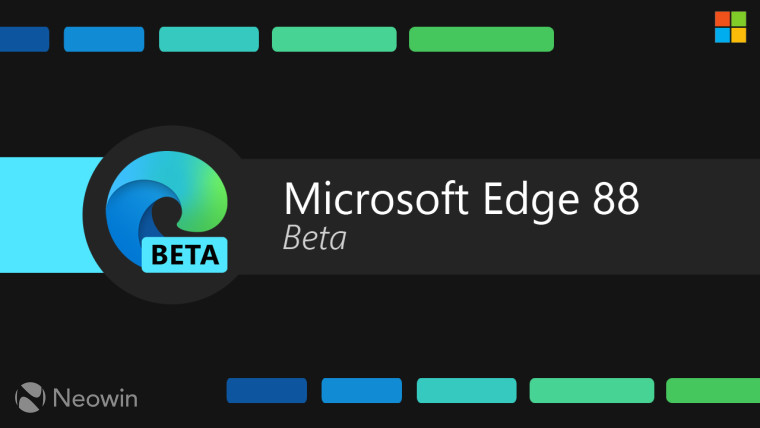 Microsoft is releasing Edge 88 to the Beta channel today, bringing a bunch of new features, including performance improvements thanks to sleeping tabs, PDF annotation additions, the new shopping features that are now available to all users, a new design for the History menu, and more. As usual, while the update is out bringing version 88.0.705.18 to Beta channel users, the firm is yet to post the release notes detailing all the features making it to this release.

Of course, since the version has been tested in the Dev channel for a while, one can look at the release notes from the builds served to that channel, in addition to the few capabilities added to the Beta version mid-stream.

Microsoft says that the new sleeping tabs feature that freezes non-essential processes on background tabs is now rolling out to the Beta channel. It promises up to 32% reduction in memory usage and up to 37% less CPU on average, resulting in improved battery usage.

Another significant improvement being made is the revamped History menu which now opens in a pop-up window and features a pivot-styled layout, letting users switch between all tabs, recently closed, or tabs synced from other devices - for those who have enabled history and tab sync. Additional improvements include the ability to add text notes in PDFs - including to already highlighted text, the option to capture entire web pages and add links, support for pinning websites to the Start menu, and much more.

The complete changelog, when published by the Redmond firm, will be found here. As usual, the update should be downloaded and installed by the browser automatically in the background. However, you can also head into Settings > Settings -> About Microsoft Edge to force the browser to check for updates. If all goes well, Edge 88 should be promoted to the stable channel in the week of January 21, according to the firm's roadmap.