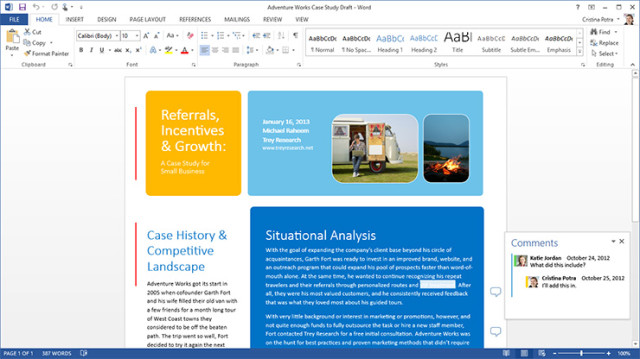 While Microsoft already sells a version of Office 365 to college students, called Office 365 University, for $79.99 for four years, today the company announced a new program that could allow students to gain access to a more advanced version of its productivity software for free.

The new program is called Student Advantage, and Microsoft's press release states that it will let students access Office 365 ProPlus for free if their educational institution has already signed up to use it or or Office Professional Plus for its faculty and staff. The program will officially begin on December 1st and Microsoft says that over 35,000 institutions are already set up to offer the free version of Office to their students.

When a school combines Student Advantage with Microsoft’s other cloud services, Exchange Online, SharePoint Online and Lync Online, all available free through Office 365 Education, students have access to the same set of gold-standard productivity tools and services used by Fortune 500 companies all over the world.

Microsoft said that Office 365 University already has 110 million subscribers worldwide. In addition, the company claims that almost 98 percent of students that use some kind of productivity software use some version of Office.