Microsoft has filed a patent for a new control scheme for touchscreen mobile devices. Currently, gaming on mobile devices can be limited by the control layout - especially in point-and-click games where you end up obscuring your target with your finger - but it would appear as though Microsoft wants to change this.

The patent image, revealed by Microsoft-News.com, shows an Xbox-style control layout that is rendered onto the screen on top of the game. It resembles console controllers with two 'thumbsticks' at the bottom corners of the screen and 'shoulder' buttons at the top of the display. The layout is supplemented by four Xbox-style action buttons dubbed A, B, X and Y above the right 'thumbstick'. 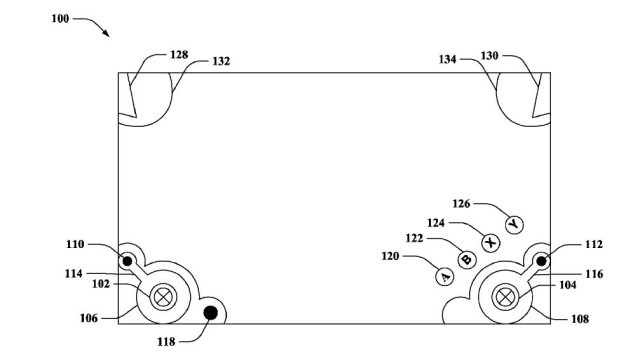 The patent description states that the layout of the controls can be moved by the user to suit their preferences and can be "rendered on a reassignable area of the display." Interestingly, the description also says that the thumbsticks can be represented as "being at a depressed height in response to touch", indicating that some consideration has been given to improving the control scheme further on screens that are capable of sensing the force of a user's touch.

It looks as though Microsoft may be aiming to create a standardized control scheme for future mobile games that more closely resembles those found on consoles. If they do, gaming on mobile devices could become easier and more enjoyable as the obvious issue with touching and thus obscuring the display you are using is overcome.

Microsoft-News.com also speculates that it could enable Microsoft to port Xbox games to mobile devices with more ease, knowing that all of the required controls are available, as last year the company showed a Nokia Lumia 520 streaming a version of Halo from the internet. There is no mention of when, or indeed if, the company intends to implement its concept in future products.