Google has been working to boost its suite of productivity apps in recent months, including the launch of free Docs and Sheets apps for Android and iOS. But as Microsoft extends its own Office suite to more platforms, including its launch on iPad back in March, it is not afraid to speak negatively of what Google has to offer.

In a recent Office Blogs post, Microsoft's Sanjeevini Mittal explained why the company believes that Office is superior for collaboration across multiple devices. The main reasons listed were the 'familiarity of Office', making it easier for users to find features and functions; and 'file fidelity', ensuring that documents always look the same, no matter which device you use to open them. 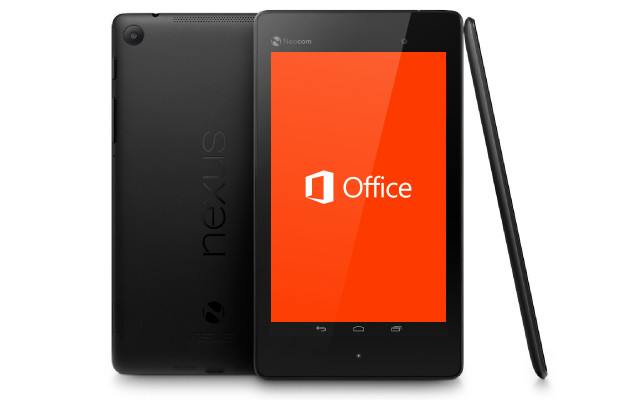 Microsoft may not like Google's productivity apps, but Office is expected to launch on Google's Android soon

But the closing paragraphs of the post focus less on the positives of Office, and more on why Microsoft believes Google's offering to be inferior. "If someone on your team moves the file to Google Drive and opens it to make changes, you no longer experience that familiar Office look and the formatting is a mess," it states.

Mittal continues by saying that "you don't want to waste time reformatting and finalizing the collective work of your team" in order to fix that "mess" that it says Google's software will make of your Office documents.

"Why settle for a suboptimal experience using Google Docs, Sheets and Slides," the post adds, "when Office provides you the best experience available with the modern Office experience on PC and iPad already. Office will be available on other platforms soon."

Despite this less than flattering assessment of Google's software, Microsoft will soon be sending some love Google's way with the launch of native Office apps for Android - perhaps even before they arrive on Windows.