Microsoft's patent team sure has been busy lately. The company has just been awarded three new patents for Windows Phone. The company was only recently awarded the Metro UI patent, according to WMPoweruser.

The first two patents are relating to the Windows Phone UI. The two patents cover the Start Screen UI and the transition screen that is associated with the UI. The patent for the UI covers the look of the screen, as well as the icons. The transition screen itself consists of the animations used between shifting from a screen to the Start Screen. You can find the patents here and here. Below is one of the images taken from the patents themselves (Image Courtesy of United States Patent Office) 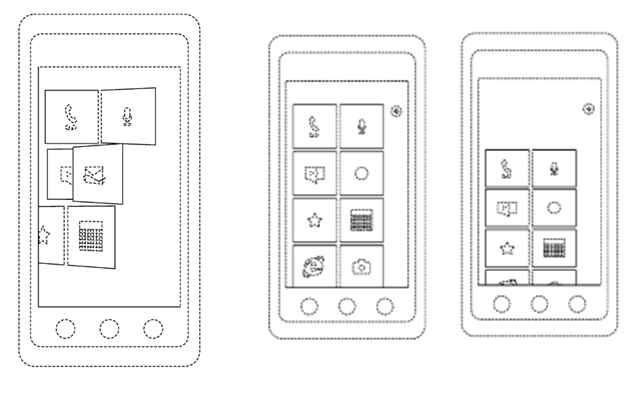 The final patent is a little more interesting. It is called Synchronized Media Experience. One can figure that this has to do with the "three screens" vision of Microsoft. For those who do not know, the "three screens" idea is that Microsoft wants you to be able to share data and media between the PC, TV, and mobile phone. An excerpt from the patent reads:

This means that a remote media server identifies entertainment devices (such as an Xbox 360 or Windows Phone) to send media files to. The server then sends synchronization commands to the devices and streams media to multiple devices at once. This setup allows users to control the synchronization and control playback. It should be interesting to see what Microsoft does with this patent in the future. One can only imagine, though, that "Synchronized Media Experience" would include some form of the Zune software.