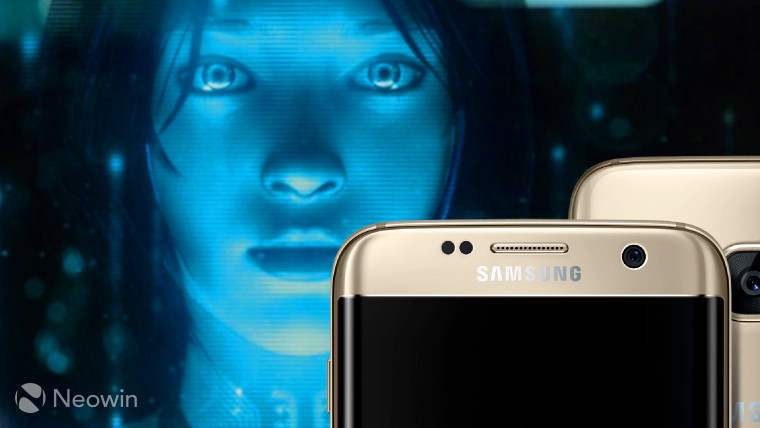 Cortana has been officially available on Android since December 2015, and Microsoft has continued to improve its digital assistant on those devices with regular updates. But now, the company has published a new version of the Cortana app, specifically for Android devices made by Samsung.

The app is listed on the Google Play Store as 'Cortana for Samsung (Unreleased)', but it's available for anyone to download and install. However, the store listing emphasizes: "This is an unreleased app. It may be unstable." On Android devices, the wording differs slightly, stating: "This app is in development."

The app's description is identical to that of the 'standard' Android edition, the latest version of which is 2.7.0, which includes more color customizations, among other new features. Cortana for Samsung also appears functionally identical to the version intended for all other Android devices; indeed, the Samsung version can be installed on other devices with no obvious difference in functionality.

It's not yet clear why a separate Samsung version is needed, although it may be related to the recent release of the new Galaxy S8 and S8+. These handsets feature a dedicated hardware button to launch Samsung's digital assistant, Bixby, and it's possible that Microsoft may intend to offer this version of the app to better integrate its own digital assistant with those devices. Microsoft is selling the Galaxy S8 flagships in its US stores, pre-installing some of its own apps on those handsets and branding them as 'Microsoft Edition'.

Source: Cortana for Samsung (Google Play) via The Android Soul