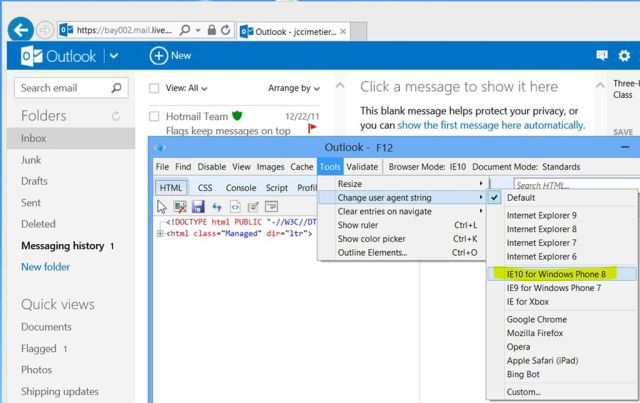 Internet Explorer 10 isn't just coming to Windows 8 and Windows 7. It will also be included on the smartphones that will run Windows Phone 8. That means many owners of the various new Nokia, HTC and Samsung WP8 devices will be surfing the Internet with the mobile version of IE10.

The string shows that the Platform token will now simply be Windows Phone in the mobile version of IE10, rather than the previous Windows Phone OS.

While Microsoft has still not released the Windows Phone 8 SDK to the general development community, Microsoft describes a method that will allow them to test their site via IE10 on Windows 8. Microsoft says, "Windows Phone 8 shares the same Internet Explorer 10 engine with Windows 8, so a PC running Windows 8 is great for initial testing."