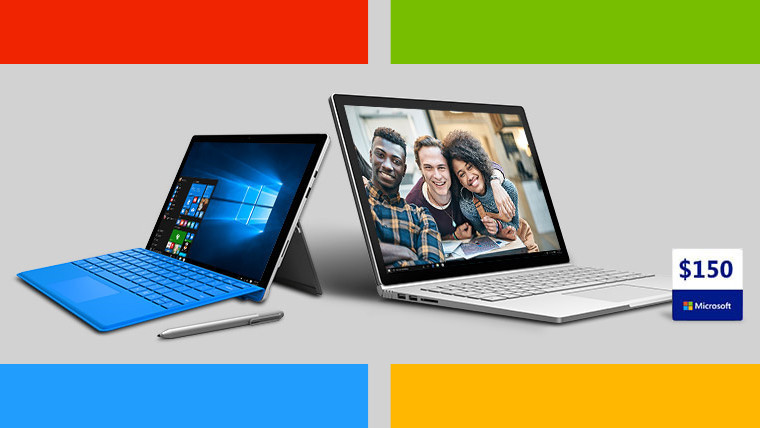 Just under a month ago, Microsoft began offering a free $150 gift code with specific Surface Book and Surface Pro 4 models. Now, the same deal has returned, on exactly the same models - but there is a key difference this time around.

Just like last time, the gift code is available with these devices:

...and just like last time, the deal is available for a limited period, ending on October 29. However, under the previous deal, buyers were given a full year to redeem the $150 gift code, which can be used on purchases from the Microsoft Store. In this latest deal, Microsoft says that the promo code expires on January 31, 2017 - just over three months from now. That probably won't be an issue for many buyers, but it's certainly something to be aware of.

There's been no shortage of deals on the Surface Book and Pro 4 in recent weeks, amid rumors that Microsoft may be planning to launch 'refreshed' versions of those devices with Intel's new 7th-generation Kaby Lake processors later this month. A new Surface all-in-one desktop PC is expected to make its debut at the same event on October 26.