Microsoft has already said it plans to offer live streams of its next Xbox reveal event on Tuesday via the Xbox.com website or via an app for Xbox 360 owners. Today, Microsoft launched a third live streaming option, this time in the form of a Windows Phone 8 app.

If you have a @windowsphone 8 device, download this special app to watch the #XboxReveal event tomorrowmjr.mn/116UFno 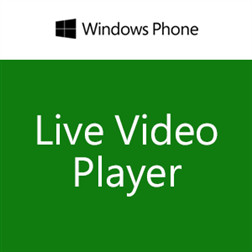 Obviously, the app won't work until sometime around 10 am Pacific Time (1 pm Eastern time) on Tuesday but if you own a Windows Phone 8 device and are interested in watching the next Xbox reveal event, you might want to go ahead and download Live Video player ahead of time.

There's no word if this app is just a one-off for the Xbox reveal or if Microsoft might use it for other live streaming events in the future, such as the E3 2013 press conference on Monday June 10th or perhaps for the BUILD 2013 keynote on June 26th.