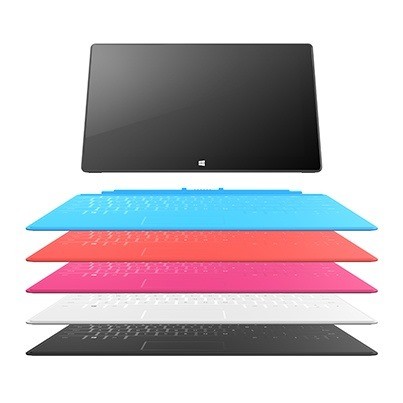 Microsoft is trying to make purchasing its Surface RT tablet more enticing for people in the U.S. and Canada, at least for the next 31 days. While the company isn't officially lowering the price of the Windows RT device, Microsoft has announced that people who do buy the tablet will now be able to get a free Touch or Type Cover to go along with the Surface RT.

In a post on the Surface blog, Microsoft states that the offer is good when people buy the Surface RT from the Microsoft Store. The deal is also available when purchasing the tablet from Best Buy or Staples. People can also choose to get two of the limited edition Surface Touch Covers (Skulls or Flowers) as part of the free offer.

Normally the Touch Cover sells for $119.99, while both the limited edition Touch Covers and the Type Cover sell for $129.99 each. The free Surface RT cover offer ends on June 30. The deal does not work toward Microsoft's Windows 8 device, the Surface Pro.

Earlier this week, Microsoft announced that attendees of next week's TechEd conference in New Orleans will be able to buy the 64 GB Surface RT for just $99.