This story was Neowin's April fools day story for 2010.

Neowin has learnt that Microsoft is planning full-screen advertising within its flagship Windows Live Messenger product.

The latest internal build (15.3.2689.110) for Windows Live Messenger 2010 compiled only last week contains the new advertising. When users first launch the client they will be presented with a pop over video commercial with an option to cancel the advert (clicking on an X). The commercials pop-up and cover the contacts list until a user skips the advert or waits until the 30 second commercial has finished.

Videos will be provided by Microsoft's MSN Video service and will include movie trailers, local news clips and product commercials. The move is likely to be a controversial one that could be met with criticism from Windows Live Messenger users. Neowin understands that the full-screen adverts are only at the testing stage and that Microsoft may offer a subscription or one off payment for users to remove adverts altogether. 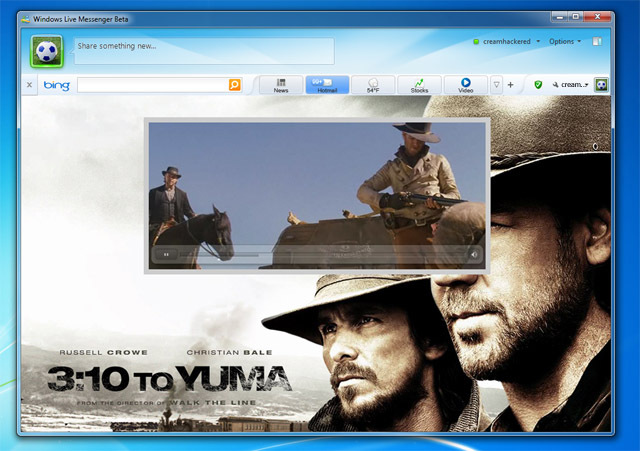