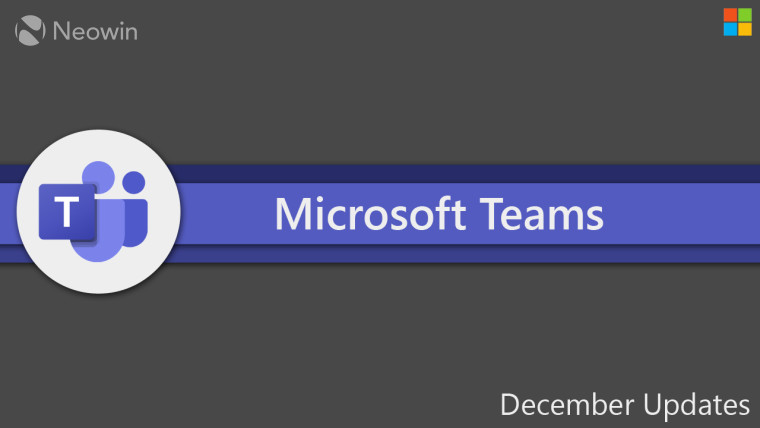 With a fresh new year in tow, Microsoft today shared a look at the last features to be added to Teams in December of 2020.

The list of updates is long, and headlining it is the addition of virtual breakout rooms to meetings, which the company announced to be rolling out last month. Additionally, there's a new pre-join meeting experience with quicker access to all the video and audio options, and meetings will now show a brief notification five minutes before the meeting time is up. Live events now support real-time translation from 13 new languages - a full list of supported languages can be found here.

Moving on to calls, Microsoft has added the ability to see multiple numbers to call for the same contact, if they have them. Live captions are also now supported in 1:1 calls.

For chat and collaboration experiences, Microsoft has improved the relevance of search results using a new model instead of simply showing the three most recent matches, and the video playback experience in Teams has been sped up significantly. On iOS, users can now save files locally to access offline. The Yammer Communities app for Teams now lets users search for Yammer conversations within the app, and SharePoint has a few new capabilities, like the ability to add parts of a SharePoint site as tabs in Teams, or access to SharePoint resources in Teams channels.

Teams devices also have plenty of news, including some new experiences for Teams phones announced last month. Other updates include Cortana voice assistance in preview for in-room meeting attendees, which means they can ask Cortana to start or end a meeting. It's also now possible to control the Spotlight feature from the Teams Rooms console, and users that connect to a Teams Room device with a PC can now share PC audio through HDMI. There are also new devices like the Yealink WH66 and WH67, a set of devices that can be used as a speakerphone, wireless phone charger, and USB hub.

There are also a few new features for specific users, such as those in education, healthcare, and firstline workers. Government customers also have a handful of new capabilities available, which can be found near the end of the blog post here.