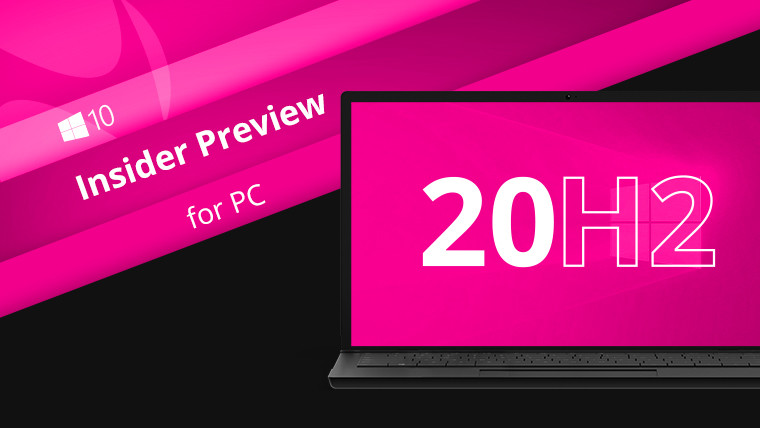 After releasing a new Windows 10 vNext build in the Dev channel, Microsoft today has also released a new cumulative update for Insiders in the Beta channel. It's just a cumulative update, as usual, and there are no new front-facing features. Indeed, 20H2 is very much ready to go, as Microsoft pointed out when it started offering it to Insiders in the Release Preview channel.

There are a couple of fixes. Here's the changelog:

This is actually less a preview for Windows 10 20H2 and more of a D week update, which Microsoft often does as a preview for Patch Tuesday updates. It's showing up in the Beta and Release Preview channels first, and those just happen to be on 20H2. This will eventually arrive for those on 20H1 as a production update though, albeit an optional update.

Windows 10 versions 2004 and 20H2 work the same way that versions 1903 and 1909 work, meaning that they're going to get the exact same cumulative updates. but if you want that update now, you can get it on Release Preview.