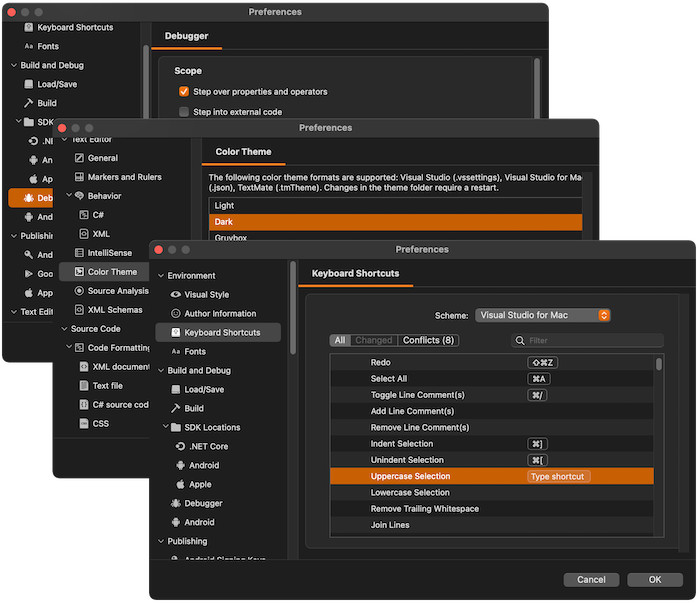 Microsoft has announced the release of Visual Studio 2022 for Mac version 17.0 Preview 6. The latest release aims to address major issues from the January 25th Preview 5 release along with carrying on with the move of the IDE to native macOS UI.

This release has come with some improvements including fixes for known issues from Preview 5 like inoperative Android Archiving. 13 major crashes have been fixed, and top reported feedback like SDK not Found MSBuild.Sdk.Extras has also been addressed in this release. It now also features support for .NET Core 3.1 development on M1 (arm64) devices, and has focused on enhancing quality for the core IDE shell, Git tooling, Azure Publishing, and Xamarin tooling.

Microsoft aims to focus its attention on addressing top feedback, enhancing performance, and fixing crashes in IDE, for the rest of the 17.0 release, as it works towards the general availability release. A number of IDE features, including Regular Expression Editor, Disassembly View, Hex Editor, Task Panel, Convert/export solution dialog, Policies Dialog, and Storing per-project NuGet passwords, will be ported to the native macOS UI in a 17.1 release.

Regarding Xamarin and .NET MAUI development, Microsoft has stated:

Once we finish Xamarin support (by Visual Studio for Mac 2022 GA), we’ll shift our focus to creating an amazing experience for .NET MAUI developers. Currently, basic build/deploy/debug works, but we still need to bring over the tools you know and love from Xamarin – like XAML Hot Reload and the Live Visual Tree. Along with existing Xamarin features, we are crafting new experiences for .NET MAUI that highlight the amazing developer productivity improvements it brings, such as multi-targeted single projects and .NET (C#) Hot Reload! We will provide more updates on .NET MAUI support in Visual Studio for Mac as we get closer to .NET MAUI’s GA in late Q2 2022.