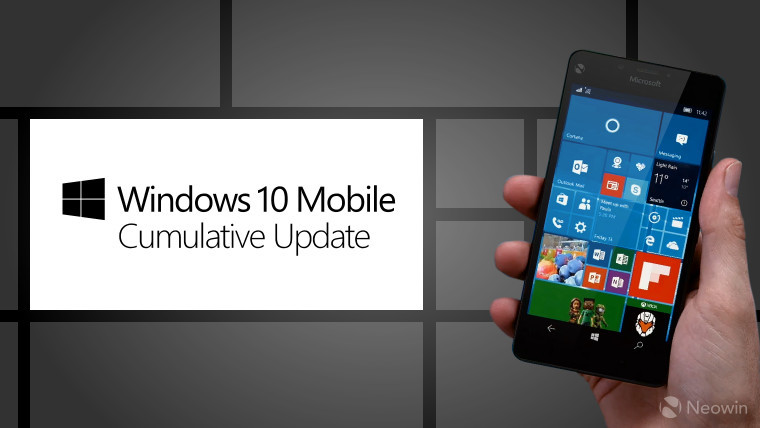 A new cumulative update is available today for Windows 10 Mobile, assuming that you're on the Release Preview ring of the Insider Program.

Build 10586.338 is available to anyone that signed up for the ring, including devices that aren't "officially" supported for Windows 10 Mobile. If you have used the workaround that we suggested using back in March to get Microsoft's latest mobile OS on your device, you won't have a problem today.

Since it's a cumulative update, don't expect to see any new front-facing features. Instead, it focuses on fixes and stability improvements.

There is no official change-log just yet, but we'll update this article when we have one.