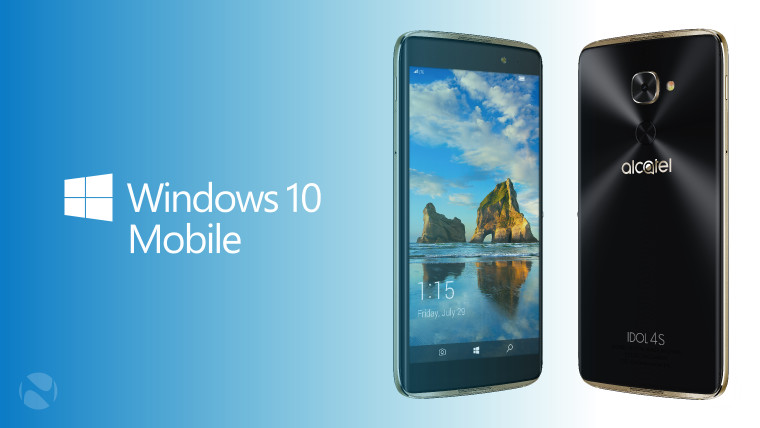 Today is Black Friday, which is the day that people resort to animalistic levels of greed, only hours after expressing gratitude for the things that they have. The Microsoft Store is offering its own set of deals, including the Harman Kardon Invoke for half price, and a number of discounts on phones.

That's right; Windows phones. Most notably, you can grab an Alcatel IDOL 4S for $169. Unveiled just over a year ago, the IDOL 4S is the last flagship Windows phone to this point, offering a Snapdragon 820 processor, 4GB RAM, 64GB storage, a 1080p AMOLED display, and it comes with a VR headset. The phone was marked down from its normal price of $470 in August to $199, but now, the deal is even sweeter. You can grab one here.

The HP Elite x3 - the other flagship Windows phone - is being discounted back to $599 for the unlocked model, or $499 for the Verizon variant. Like the IDOL 4S, it contains a Snapdragon 820 chipset, 4GB RAM, and 64GB storage. You can find it on the Microsoft Store here.

Finally, if Windows 10 Mobile isn't your thing, the Microsoft Store is offering deals on some Android phones, including both the Galaxy S8 and Galaxy S8+ for $150 off of their regular prices of $724.99 and $824.99, respectively. You can find them on the Microsoft Store here.

All of these deals last until November 27, or while supplies last. In other words, if you're looking for that new phone, you'll want to act soon.