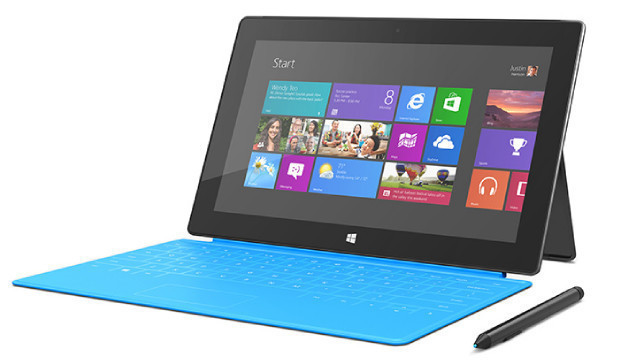 Today is "Patch Tuesday" at Microsoft and that means the company will be releasing new software updates for a number of its products. Besides its planned security bulletins for Windows and Internet Explorer, Microsoft will also issue new firmware patches for its Surface 2, Pro and Pro 2 tablets (the Surface RT model won't get an update today).

Microsoft's Surface update history page has the details of what will be included in this month's firmware patches. All three tablets will gain support for the Surface Power Cover accessory with this software update; the Power Cover finally went on sale Monday and should start shipments on March 19th. All three tablets will also get improvements for multiple finger support when using the Touch Cover and Type Cover touchpads,

The Surface 2's firmware update will fix a bug that was stopping some units from powering back up from sleep mode along with some unnamed "stability and experience improvements". The patches for the Surface Pro and Pro 2 will both resolve some unnamed network connectivity issues and both will get improvements for their Miracast support.

Finally, the Surface Pro 2 update will get some additional features, such as support for daisy chaining monitors using DisplayPort 1.2 and improvements for using BitLocker so that a Surface cover can include PIN input.