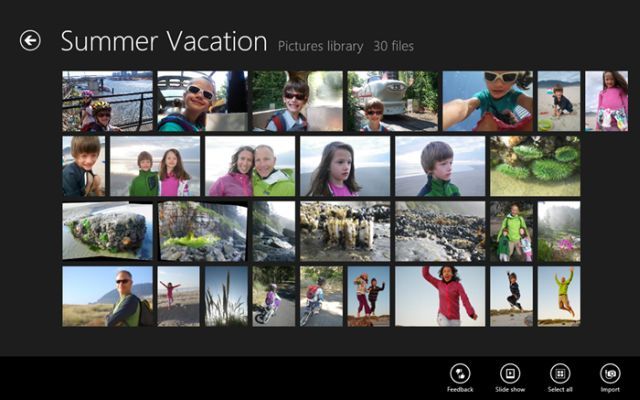 Written by Brad Weed, a group program manager on the Windows Live team, the blog talks about the features of the Photos app. One feature comes from feedback from Windows 8 users, who told Microsoft that most of their photos are on their PC; Microsoft has decided to link the Photos app to the desktop SkyDrive client. Weed states:

The Photos app can also import pictures from a camera or other USB devices to your Windows 8 PC. You can also use the Windows 8 Share charm to share any photo on your Windows 8 PC to other services such as Facebook, or share them via email or a person's SkyDrive account.