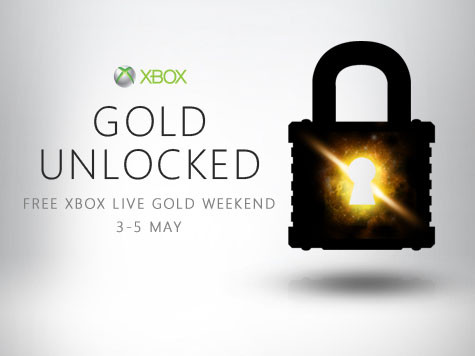 A couple of weeks ago, Microsoft offered a free Xbox Live Gold weekend for U.S. owners of the Xbox 360 console. This weekend, it's time for the mother country to have its share of free access to Xbox Live Gold. U.K. Xbox 360 owners will be able to check out the Gold features and services starting Friday at noon BST and ending on Sunday at 11:59 p.m. BST.

As with the free U.S. Gold weekend, the U.K. version will let Xbox Live Silver players access the multiplayer online features for games that normally would need a paid Gold subscription. In fact, during the free weekend the games "Gears of War: Judgment," "Assassin's Creed 3" and "Far Cry 3" will all have double XP for multiplayer matches.

Netflix and LOVEFILM subscribers will be able to check out the Xbox 360 streaming video apps this weekend without the need to get the Xbox Live Gold service. If you are already a Gold member, Microsoft will offer you some free tokens that can be used to purchase TV episodes on Xbox Video.

While Microsoft recently said that it currently has 46 million people signed up worldwide to use the Xbox Live service, it has never revealed any official numbers on how many choose the paid Xbox Live Gold service.