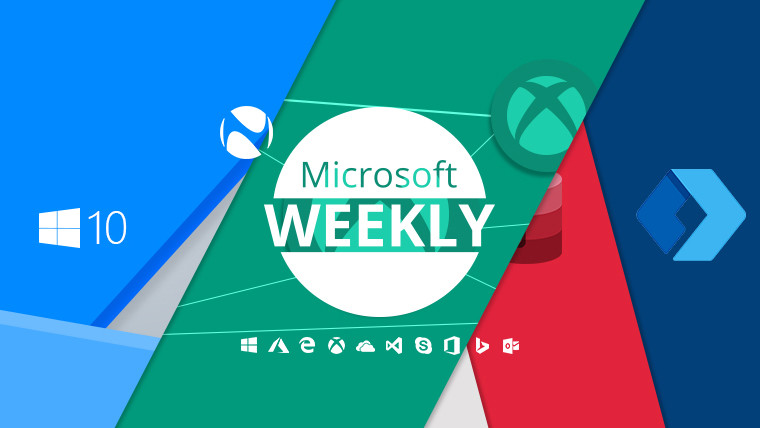 With another week gone, it’s time for us to take a look at just what’s taken place during the last seven days in the world of Microsoft. The May 2019 Update started rolling out at long last, it was revealed that Project xCloud technically supports 3,500 titles currently – with more on the way -, and a fair few apps have gotten icon overhauls. Of course, that’s just a small fraction of the news, so be sure to find all that, and the usual bit extra, in your Microsoft digest for the week of May 18-24. 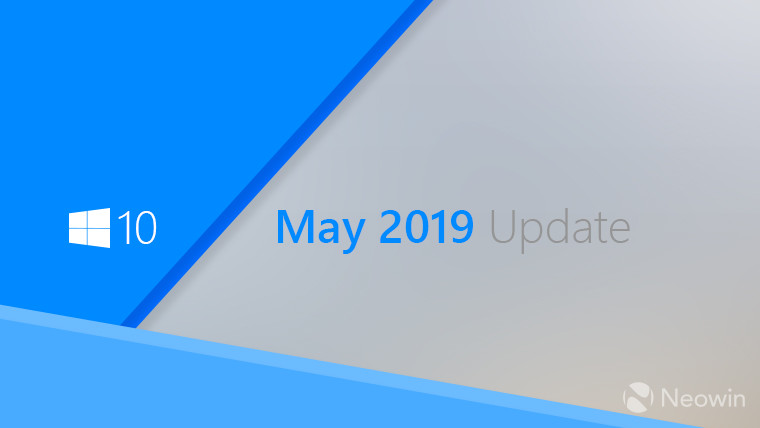 While last week there was speculation in regards to exactly when Microsoft would start rolling out 1903 – or the May 2019 Update -, with either May 21 or 28 being likely candidates, this week we got the answer. The firm chose the former date, something which it did after 1903 had been in testing in the Release Preview ring for a month and a half.

Among its new features there’s the reworked light theme, which now encompasses more of the UI, Windows Sandbox, as well as the ability to now uninstall more of the built-in apps like 3D Viewer, Groove Music, and many more.

The above change was made in response to previous feature updates sometimes severely affecting the system – see 1809 – due to a number of either known or freshly discovered issues. 1903 still has its fair share of those, like audio loss with Dolby Atmos headphones and home theater, brightness settings not responding to adjustments on devices with certain Intel display drivers, and duplicate folders appearing if known folders like Documents are redirected. There are also issues with Wi-Fi connectivity loss, BattlEye anti-cheat software, or Intel Audio, and these are due to outdated software. It’s up to the game developers / driver makers to fix them.

Some features have been deprecated in 1903 though, like the sync capability in the messaging app. This is because the Your Phone app pretty much supplants it.

In addition to that, the XDDM-based remote display driver is planned for removal in an upcoming release, as is the roaming of taskbar settings, dropping of support for Wi-Fi networks using WEP and TKIP security, Windows To Go – which doesn’t support feature updates and requires a special kind of USB connection -, and the Print 3D app.

In a bit of a surprising move, Microsoft pushed out build 18362.116 (KB4505057) for the May 2019 Update (1903) back when it was in the Slow and Release Preview rings, fixing the issue with HTTP Strict Transport Security in IE11 and Edge on some gov.uk sites, plus the bug whereby installation may fail with error “0x800f081f- CBS_E_SOURCE_MISSING.” A little later, 1903 was serviced again, this time bringing the build up to 18362.145 (KB4497935) and fixing a number of known issues like the system’s inability to install if a USB drive was connected, as well as problems with Night Light.

Rounding off this section are a couple of post Patch Tuesday fixes that Microsoft has rolled out for two Windows 10 flavors:

Many a game in the cloud 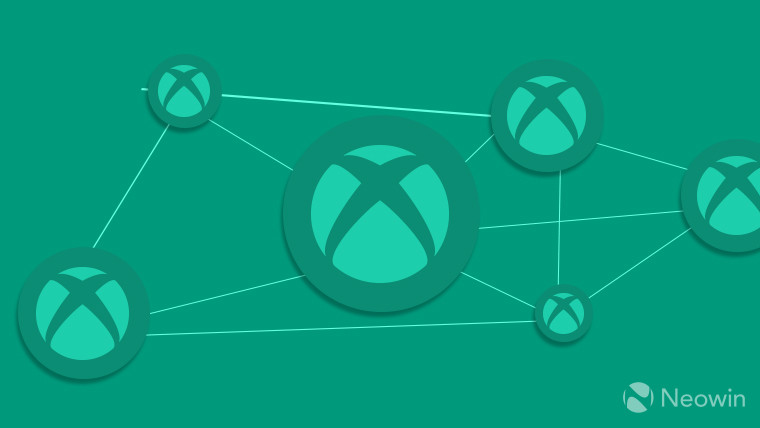 Kicking off this section is a bit of news concerning messaging via the Xbox app on PC. Specifically, this is about group messages which no longer work as of May 23. This is because the app is being updated with a secondary inbox for non-friends, GIF support and so on, and group messaging is getting the axe. That’s not to say it won’t come back, as Microsoft has confirmed it intends to add it once more in a future Windows update. On a related note, both iOS and Android Xbox apps have gotten messaging-centric updates, with better performance, and the aforementioned secondary inbox for non-friends.

The Xbox Game Bar on Windows 10 got a tweak too, adding new widgets for Broadcast and Capture, a Spotify widget, new social features, UI customization, and much more. It’s now available for Windows 10 version 1809 (October 2018 Update) and above.

Phil Spencer has stated that he wants to make gaming more inclusive, a stance which presumably led to the deal with Sony on streaming services. In fact, the partnership between the two companies apparently came out of left field for PlayStation employees, which were unaware and thus stunned by the announcement.

Speaking of streaming, Microsoft’s Project xCloud apparently already supports over 3,500 games on the Xbox One – including those on the Backward Compatibility list -, with a further 1,900 being in development specifically for the home console. That brings the total to 5,400 titles, quite the impressive lineup for the service that’s not yet available to the public. Further sweetening the whole situation is the fact that when a game is updated on the Xbox Store, it’s automatically updated for xCloud.

Now Microsoft already has some experience with game streaming, as Xbox Game Pass has its FastStart feature (similar to the approach Blizzard takes for its games), prioritizing game files required to start, while continuing to download the rest of the game in the background. That translates into the title being playable before the entire download concludes.

On the subject of Xbox Game Pass, there are some more games coming to the service including Metal Gear Survive and The Banner Saga, both of which have been made available as of May 23, plus Void Bastards that’s coming May 29, and Dead by Daylight Special Edition headed for a May 30 release, joined by Outer Wilds on the same day. In addition to those, there’s Full Metal Furies on June 6 – an Xbox Play Anywhere title -, as well as The Banner Saga 2 and Superhot on the same day.

Finally, if you’re a fan of Gears of War and Funko Pop! figurines, a new wave of such plastic collectibles was released on Thursday.

In true Microsoft tradition of slowly chipping away at inconsistencies in the OS, the company has unveiled a new icon for Access, its database offering in Office 2019 and 365. This brings it more in line with the style overhaul announced late last year, though offerings like Publisher are still sporting the 2013-era simplistic icons for now.

The Your Phone app and its Your Phone Companion equivalent on Android got new icons too, following the Redmond giant’s testing of a few different variants.

Beta testers of the Microsoft Launcher, specifically version 5.5, were treated to not only a bunch of expected fixes, but also a feature called Adaptive Icons, which allows the user to pick a specific icon container shape and have it be consistent across apps. And speaking of adapting, the Microsoft Launcher icon itself received a small tweak to adapt to the new approach to iconography.

Last but not least, the icons for Visual Studio Code have received their latest round of tweaks, with updated variants for Insiders available now, and stable builds to follow in early June. The Visual Studio Code Explorer builds will also get an updated icon, though there’s no ETA on that for now. 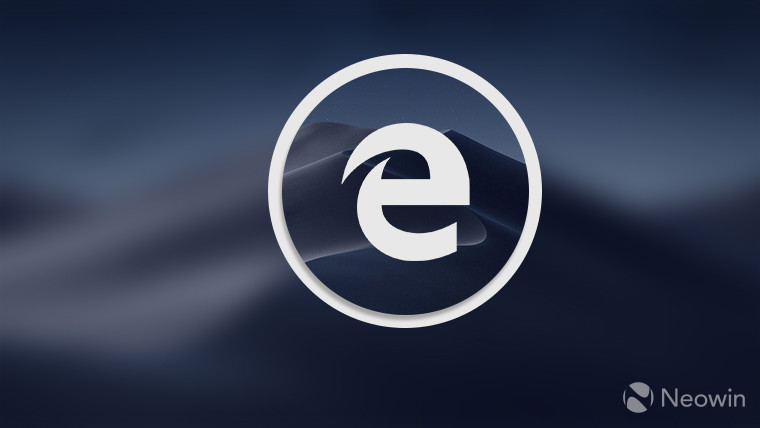 To cap off this column, we end with some good news about Edgium, Microsoft’s Chromium-based version of Edge.

First off there’s build 76.0.167.1 of the Edge Dev branch, which finally enables the browser’s dark mode by default, following your operating system preference, of course. While 76.0.167.0 was the initial release, some folks were having problems with the browser not launching, so if you’re in that situation, do make sure to update to 76.0.167.1.

On a related note, the Canary branch of Edgium is finally available for testing on macOS, specifically build 76.0.169.0. No word on when the Dev branch will be made available, however.