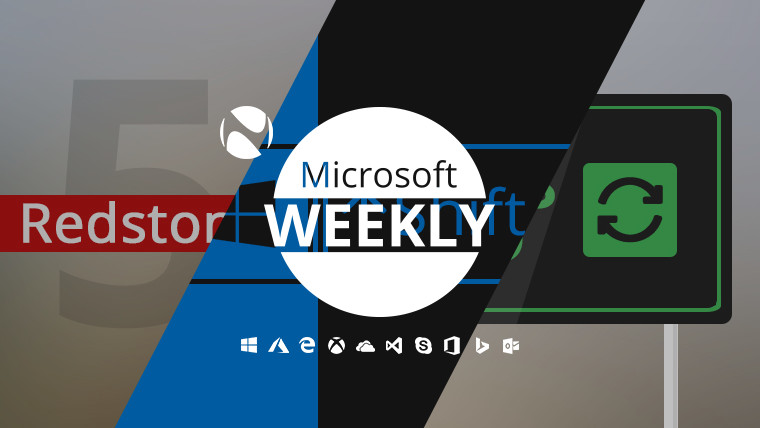 The news never quite stops coming in, and such is also the case when we're talking about the Redmond software giant. We've got the next iteration of Redstone Insider builds to look forward to, a slew of systemic changes, updates far and wide, as well as much, much more. Here's your Microsoft digest for the week of February 3-9.

Whether you're in the fast lane of the Insider program, taking it slower, or indeed admiring everything from afar on your stable install of Windows 10, the System-as-a-Service nature of the OS stays firmly planted. As such, we look towards the future and the second 2018 feature update of Windows 10, codenamed Redstone 5. 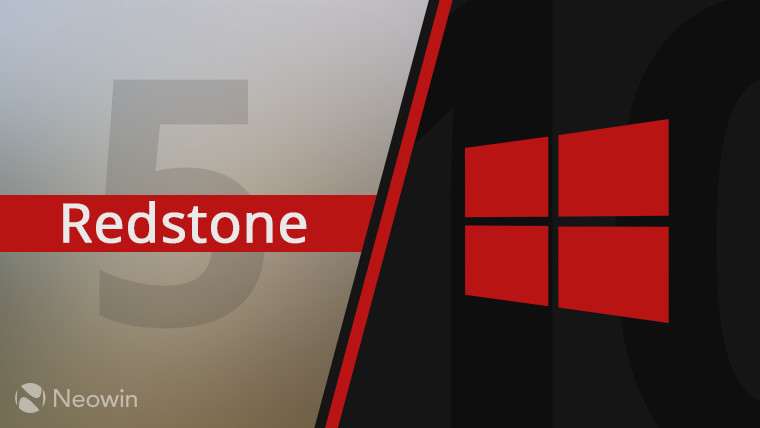 If history is any indication, version 1803 is less than a month away from release, and might be referred to as the Spring Creators Update, if a previous Insider Quest listing is to be believed. Though nothing's official just yet and the listing was indeed changed to 'our RS4 update' later, the official name is bound to show up.

Furthermore, Insiders on the Fast ring got build 17093 for PCs this week, which is still part of the Redstone 4 branch and brings not only numerous improvements to Edge, Windows Security, Game Bar, Diagnostic Data,﻿ and others, but a few known issues too.

As has been the case previously, work on Redstone 5 - most likely version 1809 of Windows 10 - is well underway, even if its predecessor isn't quite out the gate. It was confirmed as part of the Bug Bash webcast on Mixer that builds pertaining to this branch are 'coming sooner than you think', with a caveat though: until RS4 is officially unveiled, you won't get those builds unless you chose the Skip Ahead option. The bad news is that enrollment was done back when Microsoft was putting the finishing touches on Redstone 3 and allowed folks to jump to Redstone 4. There's no indication when Skip Ahead will be opened up again.

All is not lost, as we also know that the first RS5 build has been compiled. For those keeping track, it's 17600.1000, though we don't quite know why there's such a big jump in the numbering scheme.

The gaps above will most likely be filled by Microsoft during its Build conference, which takes place May 7-9 - coincidentally or not, at the same time as Google I/O -, with registration opening up on February 15. Also at its developer event, the software giant will likely showcase Progressive Web Apps (PWAs), which will begin to populate the Store starting with version 1803, thanks to its inclusion of the EdgeHTML 17 rendering engine, which PWAs take advantage of.

The backstage wasn't abuzz only with the changes above, but also these below. Ranging from the common sense to puzzling, here's what else has taken place outside the red hot Redstone topic. 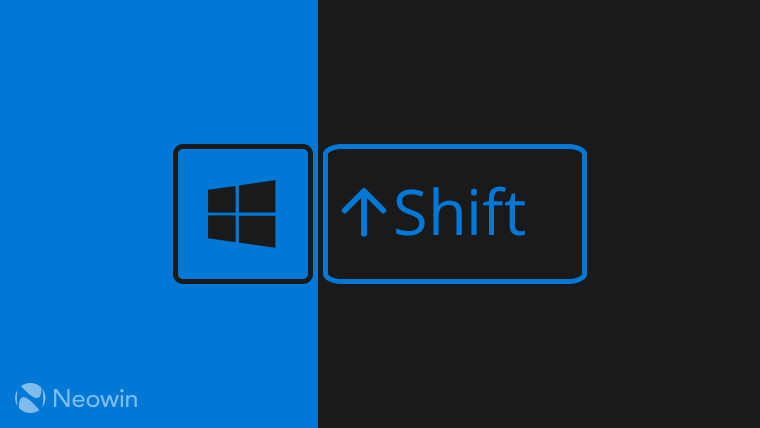 After the emergence of Windows 10 in S Mode, we also got to take a peek at what Microsoft plans in terms of structuring its latest OS to fit the myriad of device types. As such, OEMs will get to choose between five versions from Entry at the low-end to Advanced at the high-end, each of these being tied to device specifications and coupled with an increase in price for the license. But what good is having multiple versions of Windows for the far-ranging specification variety if you can't manage them properly?

This is where Microsoft's flagship sysadmin-directed System Center suite comes in, which just this week officially unveiled the first of its semi-annual releases, version 1801. Do keep in mind that the wording may sound all-encompassing, even if it isn't. Specifically, System Center Configuration Manager (SCCM) - also part of the System Center suite - won't transition to a twice a year schedule, instead remaining firmly planted on its three each year timeframe. If the network of devices happens to include a Fujitsu laptop, its palm vein authentication system may be worth a look.

Not everything is rosy however, with the NYPD moving away from its 36,000 Lumia devices, in favour of iPhone 7 devices. In a rather interesting turn of events, the handsets will be wiped clean and sold back to Microsoft which presumably will find some use for them. Due to the firm's acknowledgement of development on Windows Mobile being effectively defunct, Navigon has directed its GPS away from the platform, with plans to leave in May.

Speaking of departures, as the UWP File Explorer aims to make the entire browsing experience a little more modern on the backend, that hasn't stopped users from giving it a little TLC on the front end. If the current implementation leaves you thoroughly unimpressed, you may enjoy this concept which adds a little Fluent Design flair to things.

Fluent is also the process through which apps got features and fixes this week. If you haven't gotten around to updating any of those, make use of Sticky Notes as a reminder, since it's gotten some attention with an improved color picker UI and ability to set font sizes to your heart's content. 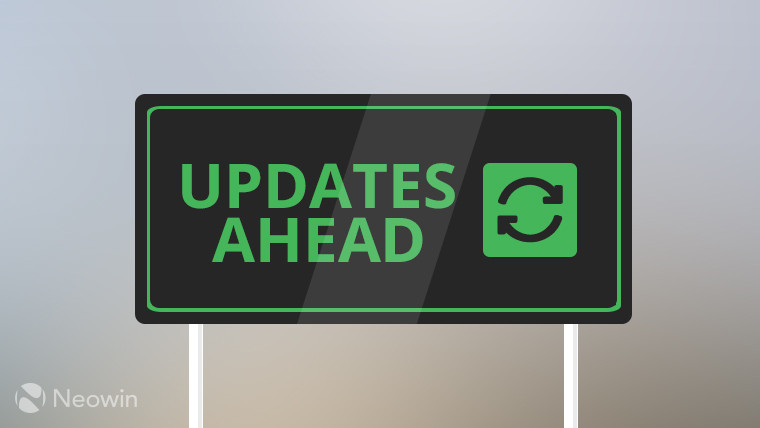 If a silly little note on the desktop just doesn't seem all that effective to you, go ahead and make use of Planner, which on Monday got a new Schedule view, among other things. If you're an Insider of the Office variety and have a Windows Mobile device, an update was also directed your way, allowing you to see who edited a slide in PowerPoint and what changes that person made.

The Bing Speech API's text-to-speech ability also got a little better this week, with support for six new languages added to its roster. Also feeling a little chatty is Cortana for iOS, which now supports iPads.

That may be all well and good, but sometimes you just want to jot down an idea quickly. In the case of Android users of OneNote, the oft-requested lasso tool has finally made its way to the app, making the previously mentioned process much easier.

After all this work, some play may be in order, which is why Xbox users got version 1802 this week. Beyond the achievement-related niceties, there's also a 'do not disturb mode' now, which allows you to silence incoming notifications and thus play your games in peace. Unless of course, there's a software update of the console itself.

Everything above was noteworthy, but one thing this week was particularly intriguing. Though it didn't serve much of a practical purpose, the sight of a Lumia 640 XL running Windows RT 8.1 apps was no doubt cool. 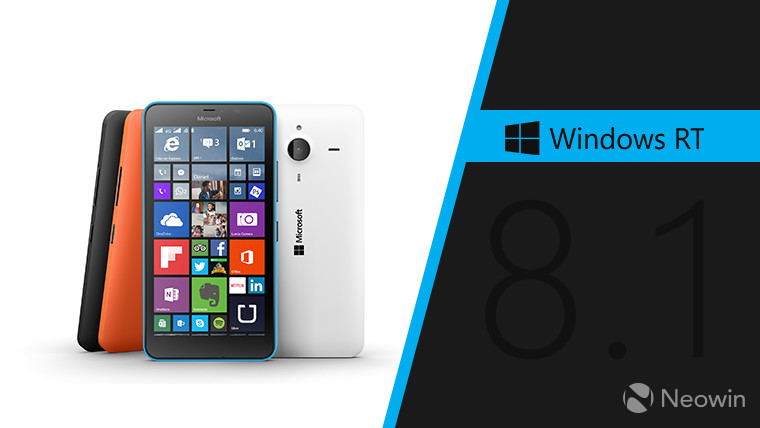 Courtesy of the intrepid imbushuo on Twitter, the 640 XL got its (perhaps) first ever taste of full Windows, even if in a more limited form. Notes accompanying the milestone even detail the installation process, but do be warned that cellular connectivity will most likely not work if you attempt something like this. Still, if you've got a Windows phone lying around and you don't need it, feel free to attempt it yourself.

Until next week, I'll end with the customary TTFN.