It's the most wonderful time of the year... especially if you're on the lookout for tech bargains. With Christmas just around the corner, Microsoft has been running its annual '12 Days of Deals' promotion in the US, offering discounts and freebies on all sorts of devices. 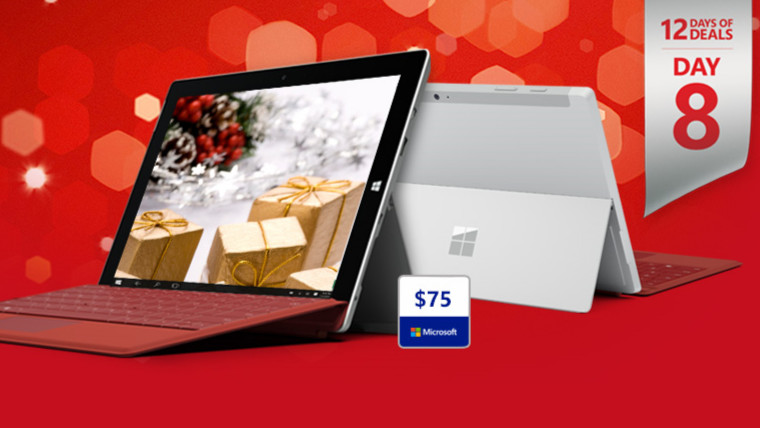 For day 8 of its festive deals, Microsoft is offering a free $75 gift code when you purchase the Surface 3 today. The Surface 3 sits below the Surface Pro 3 and 4 as the most affordable tablet in Microsoft's range, and includes 4G LTE options.

The $75 gift code can be redeemed against your next purchase at the Microsoft Store - but the small print notes that if the value of that purchase is less than $75, you'll forfeit the remainder of its value. The code can be used any time before June 30, 2016.

All of Microsoft's remaining 12 Days of Deals leaked this week; tomorrow, you'll be able to save up to $300 on various Dell PCs.