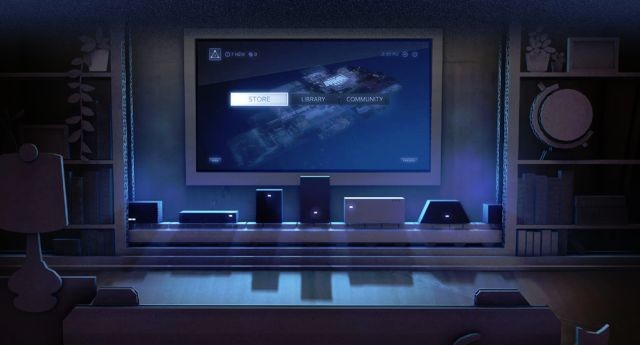 Valve used CES 2014 to show the first wave of third-party Steam Machine PCs that will use the Linux-based SteamOS. The idea is that these computers will be small enough to be hooked up to a big-screen TV in a living room. In theory, they could be considered competition for dedicated game consoles like Microsoft's just-launched Xbox One.

However, if Microsoft is worried about Steam Machines taking some of its Xbox business away, the company isn't admitting to it. In a chat with Engadget, Microsoft's Xbox Chief Product Officer Marc Whitten said, "I think there's space for both. I'm not sweating it."

Whitten did state that he didn't quite know what to make of Valve's Steam Machine/SteamOS initiative yet, but was quick to say that he was not trying to criticize Valve's plans either. He said, "I continue to think that PC gaming – the sort of uber configuration and I can change everything and I can mod – that's an important thing and there's a lot of people that wanna do that."

Whitten was a bit more enthusiastic about the chances for the Oculus Rift VR helmet, which showed off a new and improved prototype at CES 2014. While Whitten said that he has used the devices and liked it so far, he stopped short of saying if Microsoft has any Oculus Rift dev kits of their own. He also doesn't think that sales of the helmet, which currently does not support any game consoles, will detract from Xbox One sales, stating, "It's just gonna increase the surface area, and I think that's an incredible thing."