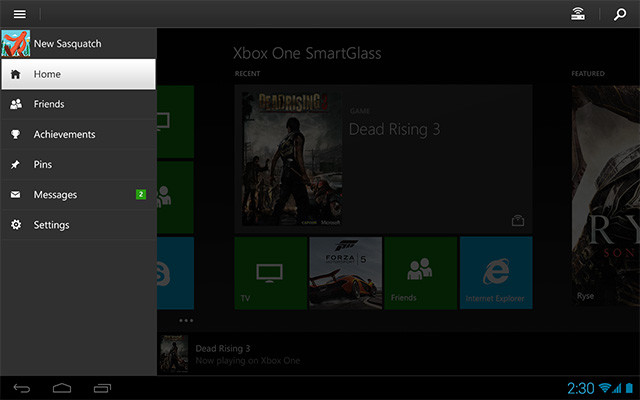 Microsoft is rolling out updates to its Xbox One SmartGlass apps today that will give users significantly more control over their cable and satellite boxes, including TV guide and universal remote features.

The updates will give users access to OneGuide, the Xbox One’s guide that aggregates content from apps and TV set-top boxes. Additionally, users will now be able to control set-top boxes with the app, which now serves as a universal remote. Microsoft’s SmartGlass apps on Android and iOS have already been updated, while Microsoft’s Larry Hryb says the Windows and Windows Phone apps should arrive at any moment.

In addition to the enhanced TV features, the Xbox One SmartGlass app will now allow users to compare achievements with other Xbox Live members and watch Twitch broadcasts. Other new features include the ability to reorder pins on the Xbox One dashboard from the app and a slightly redesigned home screen.

The app updates come alongside Microsoft’s June update for the Xbox One, which brought support for external hard drives, automatic sign-in and the ability to share real names with friends. Entertainment apps such as Netflix and Hulu Plus were also unlocked for all users; the apps previously required an Xbox Live Gold subscription to operate.