An image of a new Samsung smartphone, allegedly known as the Galaxy F, has surfaced which may be the premium variant of the Galaxy S5.

Recently, spy shots of the Galaxy S5 Prime were spotted online. However, the device seen in the new image leaked by @evleaks, looks a good deal different from what we have seen earlier. The smartphone features a brushed metal look, differing from the textured rear of the Galaxy S5. At the back, the heart-rate monitor is present next to the flash, similar to the S5. 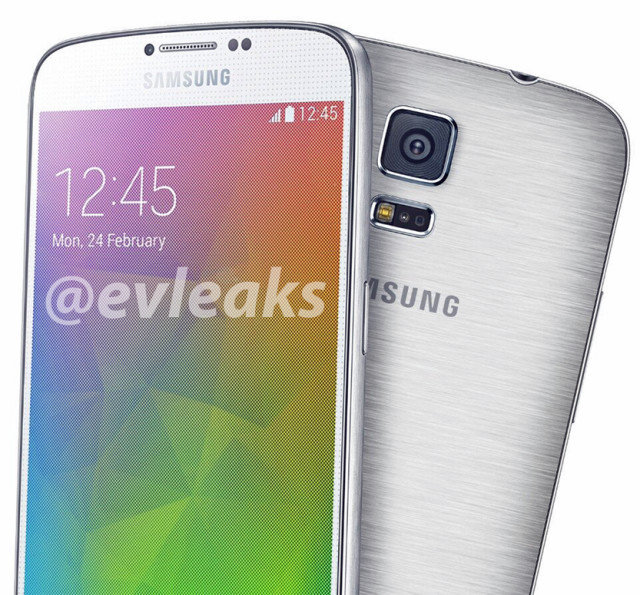 Although, the device features a premium look it is not clear whether it indeed uses metal or if it is just a faux-metal finish. The rumoured internals of the handset include a Snapdragon 805 CPU, 3GB RAM, and a 5.2-inch display with Quad HD (1440x2560) resolution. The smartphone is also expected to include the latest Android KitKat (4.4.3) operating system. On the connectivity front, the Galaxy F may feature a Qualcomm MDM9635 multimode modem,​ that is capable of 255Mbps download speeds over 4G LTE.

There are no Samsung smartphone events scheduled for the near future but you never know - the company may surprise us at its tablet event in June.