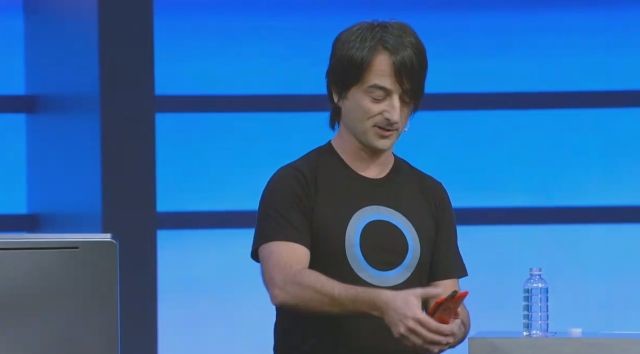 The launch of Windows Phone 8.1 Developer Preview earlier today was preceded over the weekend by a bunch of Twitter messages from Joe Belfiore, the leader for Microsoft's Windows Phone team. Belfiore answered a number of questions from folks about what features will be in, and more importantly, what features won't be in the preview version.

There's one small but cool feature in Windows Phone 8.1 that is not in the developer preview; the lock screen theme app. Belfiore said there's no date yet for its release:

@Shashank_rajak Dev preview will NOT include the lock screen theming app. That will come later. I DO NOT KNOW the date. :)

The Quiet Hours feature, which silences a smartphone except for getting messages from specific contacts, is not available for all countries yet in the Developer Preview. Belfiore said this was due to the fact that Quiet Hours is tied into the Cortana digital assistant, which is only enabled for US users at the moment.

@WvOorschot right now Quiet Hours is tied to Inner Circle is tied to Cortana. Well try to get those ALL out to lots of countries quickly.

One person asked if a bug that has caused some Windows Phone 8 device owners to see duplicate songs on their phone has been fixed for 8.1 Belfiore thinks it has been fixed, but didn't seem sure.

@Quintin_Dean @windowsphone we think song duplication (from cloud collection) is fixed in WP8.1. Will be good to hear if it is for u.

Finally, Belfiore said that the Office apps for Windows Phone 8.1 will get bug fixes but no major new features will be added.

We will keep an eye out on his Twitter feed today as more people download the Windows Phone 8.1 Developer Preview and ask him questions about it.