Microsoft has a new strategist - longtime political strategist and public relations guru Mark Penn -, and he's putting together a ‘SWAT team' to get Microsoft's consumer offerings back on track and ahead of the competition. For their first target, they've got their sights set entirely on Bing.

Although he has worked with Microsoft on a contracting basis in the past, Penn is brand new to Microsoft proper. As a matter of fact, his position was just announced yesterday. Despite that, he's already digging in and getting to work, as he told the Wall Street Journal.

Penn spoke of his plans for Bing as part of an interview, and although there's no word or whether or not any of their other discussions will be released, there's definitely some interesting tidbits here. The seeds were sewn for his position, Penn says, when Steve Ballmer asked him to review how Microsoft was presenting its products to consumers. From the very start, Bing was the product that really intrigued him. 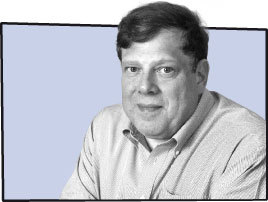 “[With search engines] People these days are making a choice, just like they're making a political choice,” Penn said. So apparently it makes sense to bring in a political strategist to figure out how to make Bing appealing to consumers. Actually, that might be a pretty good assessment of how the technology market works these days…

Echoing Steve Ballmer (who recently gushed to Forbes about his love of Bing), Penn says that he was really impressed by the quality of Bing's results. Despite that, and despite Microsoft's marketing efforts, Bing still has a ways to go before it's anywhere near taking Google down, although it is still growing at a steady rate.

Industry pundits have bashed Bing to no end, and while there's definitely an uphill climb, Microsoft is one of the few companies with deep enough pockets to actually have a chance at dethroning the search king.. Bing, regardless of its sustained losses, also represents a colossal business opportunity. It could be that passionate new blood is just the shot in the arm it needs.

“Diehard habits can be questioned,” Penn said, “just in the same way that people drank Coke and realized Pepsi was just as good if not better.” So it will be with Bing, but how? Just what is Penn's plan? Well, he's keeping that close to his chest for now, but considering his political past, maybe negative ads?